Union Minister Nitin Gadkari was addressing the launch Go Electric campaign. He pledged to convert all vehicles in his ministry to EVs and urged other departments to follow suit in a bid to cut India's oil import dependence. Nitin Gadkari suggested that the use of electric vehicles should be made mandatory for all government officials. 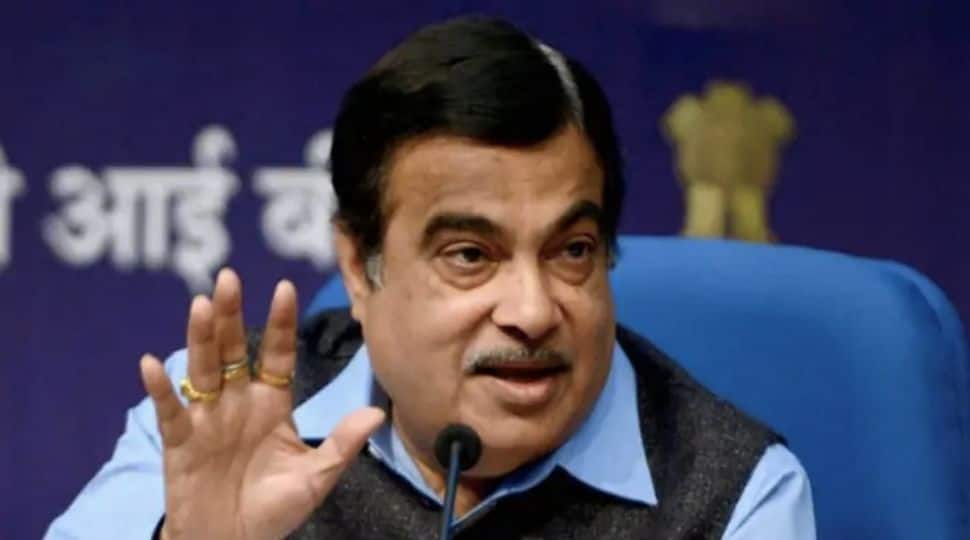 New Delhi: Road Transport and Highways Minister Nitin Gadkari on Friday (February 19) pledged to convert all vehicles in his ministry to EVs and urged other departments to follow suit in a bid to cut India's oil import dependence.

The minister has also suggested providing subsidy to buy electric cooking appliances rather than giving support to buy expensive imported gas for cooking.
Back of envelop calculation by the minister indicate that using 10,000 electric vehicles in Delhi alone can save Rs 30 crore every month. Besides, he stressed electric cooking which is also cheaper than imported gas.

He was of the view that electricity cooking is clean and will also reduce import dependence on gas.

Nitin Gadkari suggested that the use of electric vehicles should be made mandatory for all government officials.

He informed that one electric vehicle saves almost Rs 30,000 per month on fuel cost which comes to around Rs 30 crore a month for 10,000 vehicles.

He said if 10,000 electric vehicles were used by officials in Delhi, then Rs 30 crore per month can be saved.

He further urged Power Minister RK Singh to make it mandatory to use electric vehicles for officials in his department saying he will do so for his departments.

On this occasion, Singh also announced that a fuel cell bus service will be launched from Delhi to Agra and Delhi to Jaipur soon.

RK Singh said, "We are going to start a premium bus service using fuel cell electric vehicles from Delhi to Jaipur and Delhi to Agra... Totally premium? We will advertise (about) it and increase its (frequency)."

He said, "Our vision is 'Go Electric and Green The Electricity'. So bring more and more sector to electricity. Mobility is one and cooking is another. Move away from firewood and gas. It (electricity) is cheaper than gas... That is the way to go... Not the imported gas."

He suggested a trajectory where five years down the line, no busses would be allowed in India unless they were electric; and four years down, all three-wheelers turn electric.
About the Hydrogen Energy Mission announced in the Budget-2021, the minister stated, "We are going for green hydrogen bids in four to five-month. We already have a discussion with ministries of petroleum, steel and fertilisers."

He informed about the government's plan to replace 10 per cent of imported ammonia with green ammonia.
He said, "We can add 10 per cent hydrogen in our gas. This will increase calorific value and reduce our (gas) imports. We can put a mandate that 10 per cent imported hydrogen for refining would be replaced by green hydrogen."

Noting the green hydrogen is expensive at present, he stated that green hydrogen would be cheaper in the next three years just like it happened with renewables.
He cited the instance of solar energy where tariff dipped from Rs 15 per unit to Rs 1.99 per unit.

Later in a media interaction, he told that gone are the days for 'Licences Raaj' in the electricity distribution business in the country as it would soon be de-licensed. The minister told that this would enable the consumer to choose from multiple electricity service providers in their area.

At present, either private or state-run, the electricity distribution utilities are monopolies and consumers have no option to change services providers.  RK Singh also informed that the average increase in power demand was 10.5 per cent from October 2020 to January 2021 and the power demand grew at over 13 per cent in October 2020.

Thus, the power demand growth would be even higher when the economy picks up pace (post-pandemic), he added.

He was of the view that India's imports of petroleum should reduce.

The Go Electric campaign is launched on Friday to spread awareness on the benefits of e-mobility and EV Charging infrastructure in India.