The Olympic qualification period for the Tokyo Games starts April 29 this year with the Badminton World Federation (BWF) considering the ranking list, to be published on April 30, 2020, to allocate spots and Gopichand feels that the BWF needs to have a relook at the qualification system. 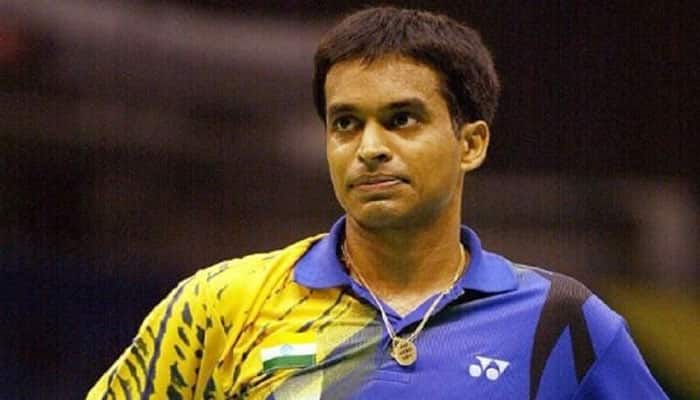 Chief Indian national coach Pullela Gopichand believes that the Olympic qualification system in badminton is 'unfair' and puts a 'lot of strain' on the players.

The Olympic qualification period for the Tokyo Games starts April 29 this year with the Badminton World Federation (BWF) considering the ranking list, to be published on April 30, 2020, to allocate spots and Gopichand feels that the BWF needs to have a relook at the qualification system.

"I understand it is very important that players earn a good amount of money and the prize money goes up but it is also unfair that the Olympic qualification should last a year long. It is something which needs to be looked at," Gopichand told PTI in an exclusive interview.

"I think if you win an All England or a World Championship or Asian or European Championship, there is a moment where you could think of direct qualification for these five six slots at least, something like an Olympic quota, rather than spreading it over a year's time."

"It just makes a mad rush, travelling across the world. It is a lot of strain and it is making things difficult for players," he said.

The BWF revamped its structure in 2018, making it compulsory for the world's top-15 players in the singles events and top-10 pairs in the doubles disciplines to play a minimum of 12 out of 15 World Tour tournaments or face a penalty.

Gopichand blamed the new BWF calendar for causing burn out and injuries to players.

"I think the number of tournaments is definitely affecting the players, somewhere we are compromising the quality of badminton," he said.

"I definitely think as a sport we are a highly competitive sport and adding on tournaments in a calendar only makes it tougher for the players. If you look at the last five weeks, it has been crazy."

"We started with German, All England, Swiss and then Asian championship, then India, Malaysia, Singapore, back-to-back week after week to endure so many tournaments involves too much planning, too much of resources," Gopichand added.

He said that the BWF should ensure the quality of badminton goes up.

"I am sure the BWF can do better to ensure that the players are lasting longer and the quality of badminton is going higher. But the way things are right now, it is just causing too much burnout and injuries."

Talking about India's preparation for the Tokyo Olympics, Gopichand said the players should look to seal their spots early next year to get enough time to prepare for the quadrennial event.

"It is going to be a tough year again. The Olympic qualification has its own challenges. I think it is important to be physically fit and mentally charged up to produce results," he said.

"Hopefully by the end of the year players can seal their qualification, it gives us the chance to prepare for the actual event rather than piling up too much pressure at the end of the period.

"There are many factors but ideally by January or February if they can comfortably be inside top 16 that would be important."

Malaysia's Lee Chong Wei (three silvers), Chinese duo of Lin Dan (two golds) and Chen Long (reigning gold medallist) have dominated the Olympics in the last few years and Gopichand said there will be a change of guard at the Tokyo Olympics.

"I think there is already a change of guard. I don't think Lin Dan can dominate how he did. It is unfortunate for Lee Chong Wei, he has the game and I hope he recovers and can come back. But I feel Kento Momota, (Anthony Sinisuka) Ginting, Victor (Axelsen) have done well and the next generation has shaped up well," Gopichand said.