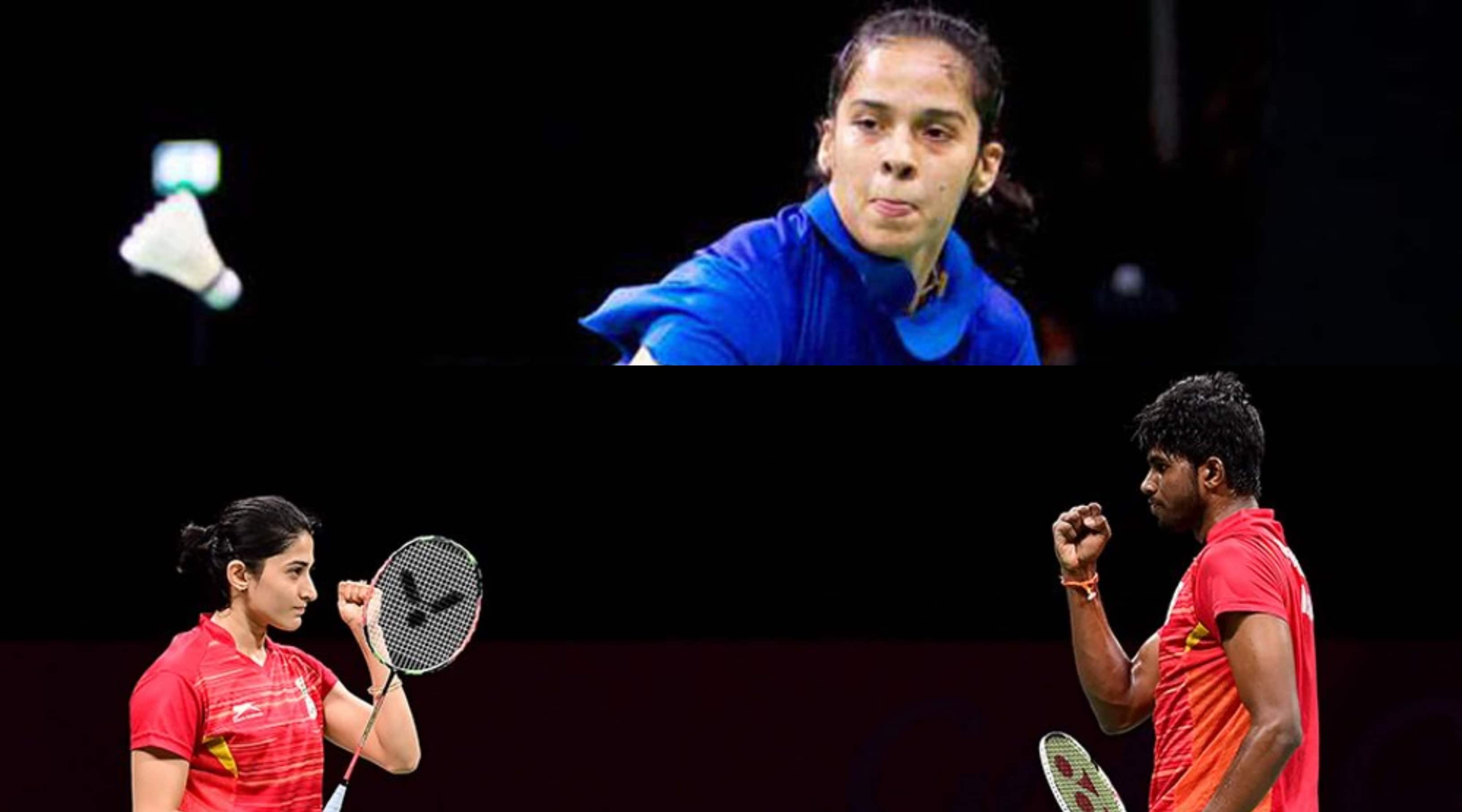 NANJING, CHINA: Saina Nehwal on Thursday entered the Badminton World Championships 2018 quarterfinals in Nanjing after beating Thailand's Ratchanok Intanon. She won in straight two games 21-16, 21-19 crushing the fourth seed Intanon. London Olympics bronze medallist was consistent throughout the game and led 11-8 at the mid-break of both the games.

"It is a very good win. She is known for deceptive game. Second game was going my way, but suddenly she played some difficult strokes, she was everywhere and made it 19-19. At that point, Gopi sir made a big role. He told me what to do and I followed that and the game turned in my favour," Saina said after the match.

Talking about her next match, Saina said: "I have played her at Denmark Open last, she is quick and aggressive player and it would be a challenging match for me and I will just look to give my best."

Earlier, on Friday, the Indian mixed doubles pair of Satwiksairaj Rankireddy and Ashwini Ponnappa also progressed to the quarterfinals of the World Championship by pulling off a stunning victory over the Malaysian world no. 7 combination of Goh Soon Huat and Shevon Jemie Lai.

Satwiksairaj and Ashwini, who put up an impressive show to help India win the historic mixed team gold at the Commonwealth Games, saw off Goh and Shevon 20-22, 21-14, 21-6 in a match that lasted 59 minutes.

"We ended up making lot of mistakes in the first game but we were more sure in the second about our strategy. We are very happy that we could stay focused and win,"Ashwini said after the match.

The World No. 40 Indian pair has a tough task at hand on Friday when it faces No.1 and top-seeded Chinese pair of Zheng Siwei and Huang Yaqiong.

"We will give our best. We will come all guns blazing. But we can't think too far ahead (about the medal), so the focus is on tomorrow's match," Ashwini said.