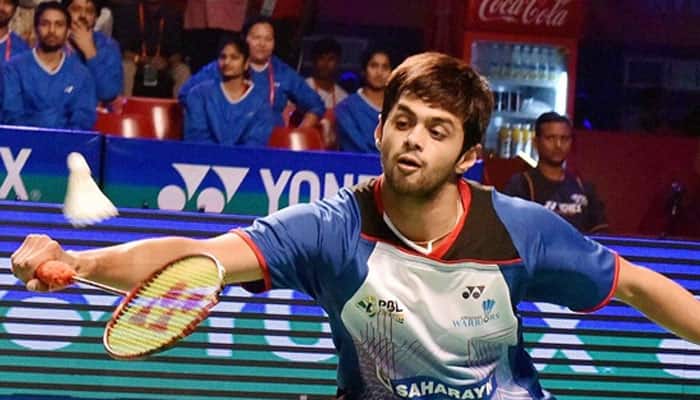 Bangkok: Sai Praneeth and Sourabh Verma advanced to the third round of the USD 120,000 Thailand Grand Prix Gold after notching up contrasting wins in the men's singles competition, here today.

Young shuttler Sai Uttejitha Rao Chukka dished out a gallant fight to reach the second round with a 13-21 24-22 27 -25 win over Indonesia's Jesica Muljati in women's singles that lasted an hour and 16 minutes.

However, it turned out to be a dismal day for other Indians with P Kashyap, Shreyansh Jaiswal and Subhankar Dey bowing out of the men's singles competition, while Reshma Karthik and Ruthvika Shivani Gadde faltered in the opening round of women's singles.

Kashyap, who had defeated Slovekia's Milan Dratva 21-6 21-14 in his opening match that started past midnight, went down 14-21 18-21 to second seeded Marc Zwiebler of Germany in the second round match, which took place in less than 12 hours of his first-round clash.