LeBron James gave a heartfelt tribute to the late Kobe Bryant, saying that the Los Angeles Lakers game against Portland Trail Blazer is a `celebration of his life`. 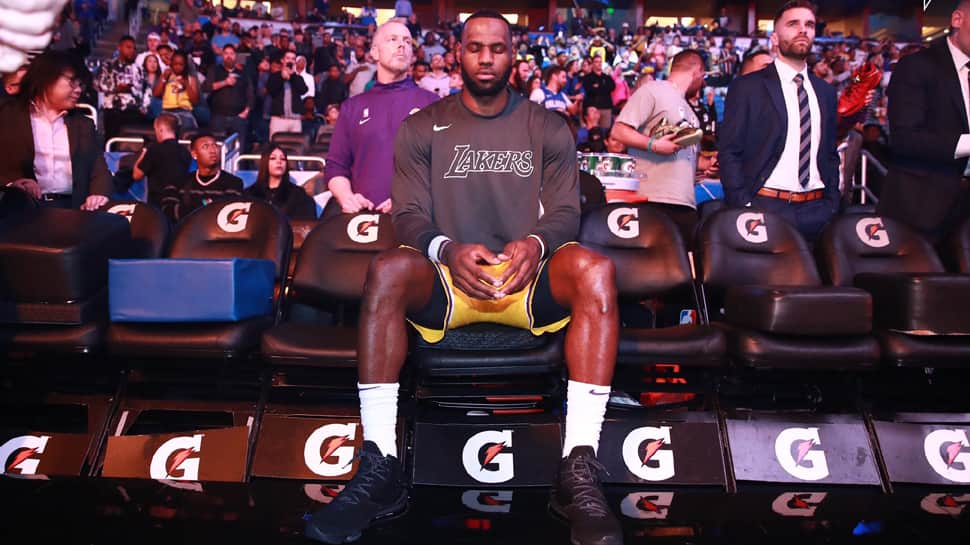 Ahead of the Los Angeles Lakers game against Portland Trail Blazers, LeBron James gave a heartfelt tribute to the late Kobe Bryant, saying that the game is a `celebration of his life`. It is the first game that the Lakers are playing since the passing away of Kobe Bryant.

Lakers` official handle tweeted the video of LeBron James` tribute and captioned the post as: "Tonight we celebrate the kid that came here at 18, retired at 38, and became probably the best dad we`ve seen over the last three years.

"Speaking with a heavy heart, LeBron James started his speech saying: "I got something written down, but I will not read out of this, and I am going to say everything from my heart".

"This is a celebration of the 20 years of the blood, the sweat, the tears, the broken-down body, the getting down, sitting up, the countless hours, the determination to be as great as he could be," James said.

"Tonight we celebrate the kid that came here at 18 years of age. Retired at 38 and became probably the best dad you could have seen over the last three years," he added.

The entire Lakers team is wearing either the number eight jersey or number 24 as these two are the only two numbers that Bryant wore during his career with the team.

Before the match, pop-singer Usher performed a rendition of "Amazing Grace" in remembrance of Kobe Bryant. Bryant, 41, and his 13-year-old daughter Gianna were among the nine people killed when a helicopter they were traveling in crashed amid foggy conditions and burst into flames in the hills above Calabasas.

Billboard reported that the NBA has discussed numerous ways of celebrating Kobe`s legacy, one of the major changes they have in mind is switching the NBA`s longtime logo from Jerry West to a silhouette of the Black Mamba.