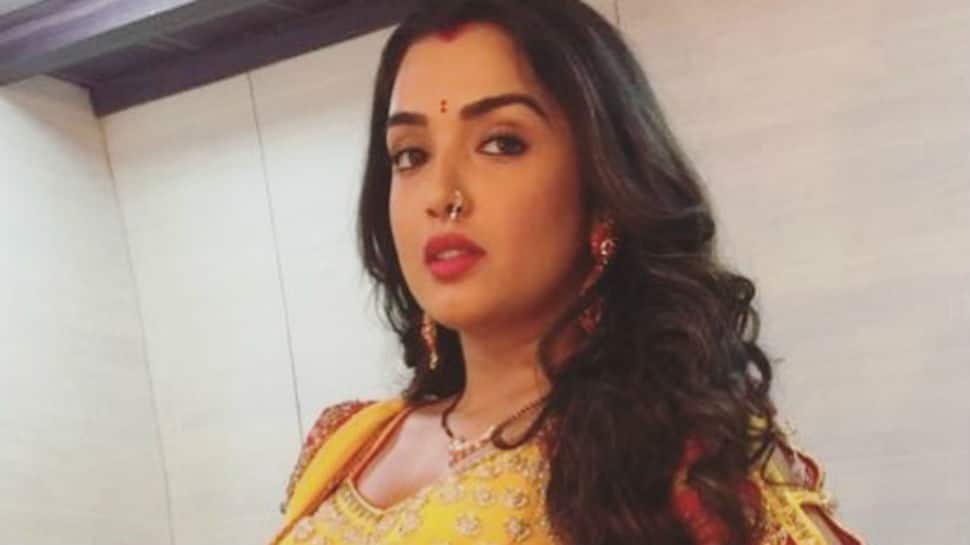 New Delhi: ICYMI, Bhojpuri actress Aamrapali Dubey revisited her 'Vinashak' days in throwback Thursday post by sharing a picture of herself looking ethereal in a yellow lehenga choli. The actress appeared in a special dance sequence in 'Vinashak'.

"Throwback to a special appearance song shoot in film Vinashak," the 32-year-old actress captioned her post.

Aamrapali is dressed to kill in the picture. She accentuated her yellow lehenga with a nose pin, matching bangles, earrings and a mangalsutra. "So nice" and "beautiful" are some of the comments posted on her picture.

Throwback to a special appearance song shoot in film #Binashak

A similar photo was posted by Aamrapali in December 2018 in which she informed her fans about shooting the special song.

Aamrapali is an avid social media user and keeps her Instafam posted with her pictures and videos. She also updates about her projects and shooting on Instagram.

She is one of the highest-paid actresses in the Bhojpuri film industry and her on-screen pairing with Dinesh Lal Yadav aka Nirahua is a hit. She has also worked with several top Bhojpuri stars.

Aamrapali worked in the TV industry before making it big in the Bhojpuri film industry. 'Rehna Hai Teri Palkon Ki Chhaon Mein', 'Saat Phere', 'Maayka' and 'Mera Naam Karegi Roshan' are some of her TV shows.

She was last seen in 'Nirahua Chalal London'.