Meri Jawani Hai Made In Bihar’has set YouTube on fire with over 4 million views and very much counting. 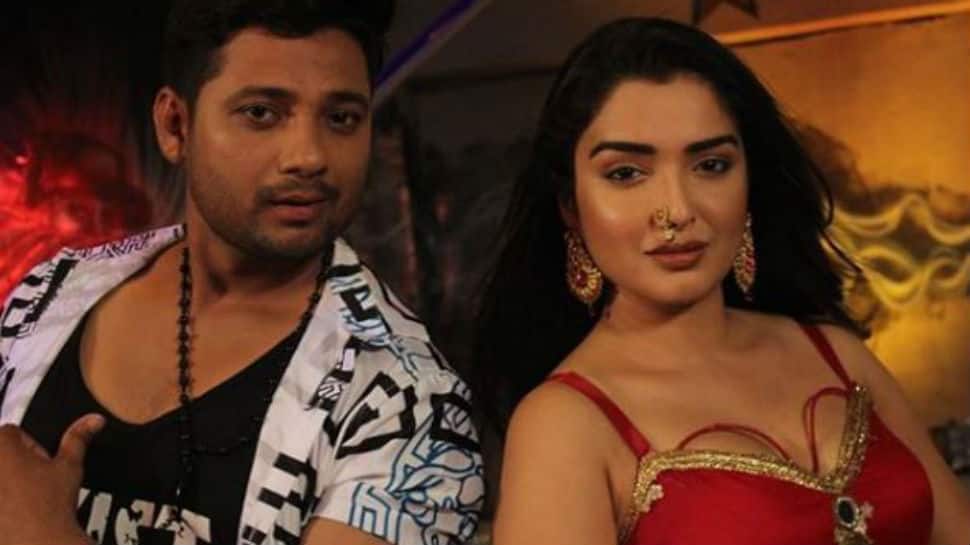 New Delhi: ‘Meri Jawani Hai Made In Bihar’, a song from Bhojpuri bombshell Aamrapali Dubey and Prem Singh’s film ‘Pangebaaz’, has set YouTube on fire with over 4 million views and very much counting. The track released in January, but is still ruling the chartbusters… because, Aamrapali and her sensous dance moves. ‘Meri Jawani Hai Made In Bihar’ has Hindi lyrics and has been sung by Indu Sonali and Chhote Baba while it has been penned by Yadav Raj. Aamrapali looks sizzling in a red lehenga-choli set and matching accessories.

Isn’t it a treat to all Aamrapali’s fans?

‘Pangebaaz’ also made a splash at the box office and performances of the actors impressed  the cine-goers. It also starred Tanu Sri while it was Prem’s debut film.

Aamrapali and Nirahua are among the top-rated stars of Bhojpuri cinema. They have featured in several hit films and delivered various blockbuster performances together. In fact, Aamrapali made her debut opposite Dinesh Lal Yadav in 'Nirahua Hindustani'. Before entering into films, she did TV shows like 'Rehna Hai Teri Palkon Ki Chhaon Mein', 'Saat Phere', 'Maayka' and 'Mera Naam Karegi Roshan'.