In the Kanwar Yatra, bhakts carrying sacred water in pitchers. 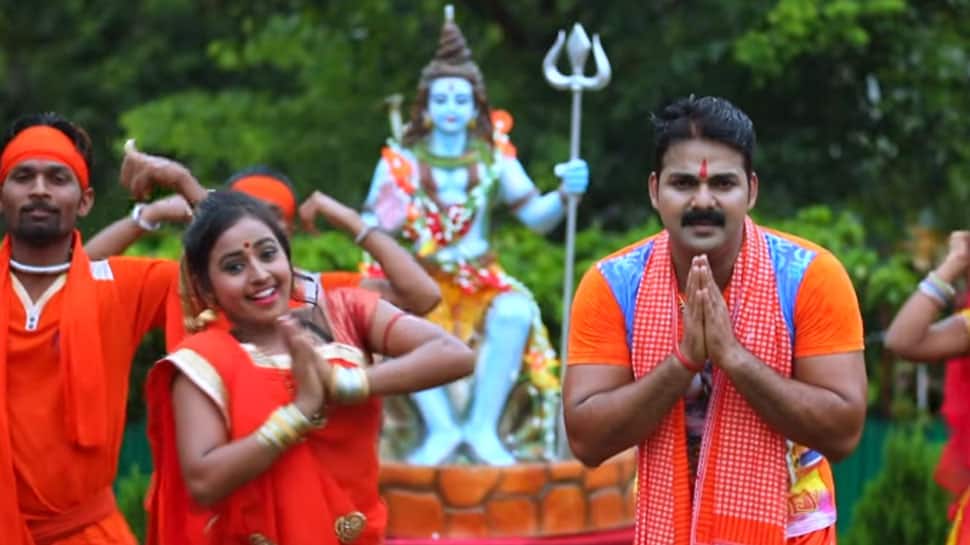 New Delhi: It is that time of the year when Lord Shiva devotees enjoy the festive fervour of Shravan or Sawan and pray to the God for blessings. The pious month falls during July-August, as per Gregorian calendar and is considered to be extremely auspicious where devotees pray to Lord Shiva and his consort Mata Parvati.

During the month of Shravan or Sawan, several devotees set out on a yatra by foot, popularly known as 'Kanwar Yatra'. Bhojpuri power star Pawan Singh's special Kanwar song 'Bin Bhole Ke Sawan' which was released last year is a big hit on YouTube.

The devotional Kanwar song has garnered over 5,656,885 views so far. It has been sung by Pawan and is a part of music album Jogiya GangaDhari. The music has been composed by Chhote Baba and the lyrics are penned by Manoj Matalbi. It has been directed by Deepak Singh.

In the Kanwar Yatra, bhakts carrying sacred water in pitchers that are tied to a bamboo pole set out on a spiritual journey. The pole is carried by devotees who balance it on his shoulder without letting the pitchers on either side move from its position.

They fill the pitchers with holy water from different Shiva temples they come across while travelling. The devotees also sing and dance while on their spiritual journey. Bhojpuri actress Akshara Singh has crooned some Kanwar songs as well which have become hugely popular.

Pawan Singh is a big name in Bhojpuri films. The actor has several hit films such as 'Devra Bada Satawela', 'Bhojpuriya Raja' etc to his credit. The actor-singer hails from Ara in Bihar and rose to fame with superhit song 'Lollypop Lagelu' which became a rage after its release.