The first official trailer of the film was recently shared on Youtube and so far, it has been viewed by over 5.60 lakh viewers. 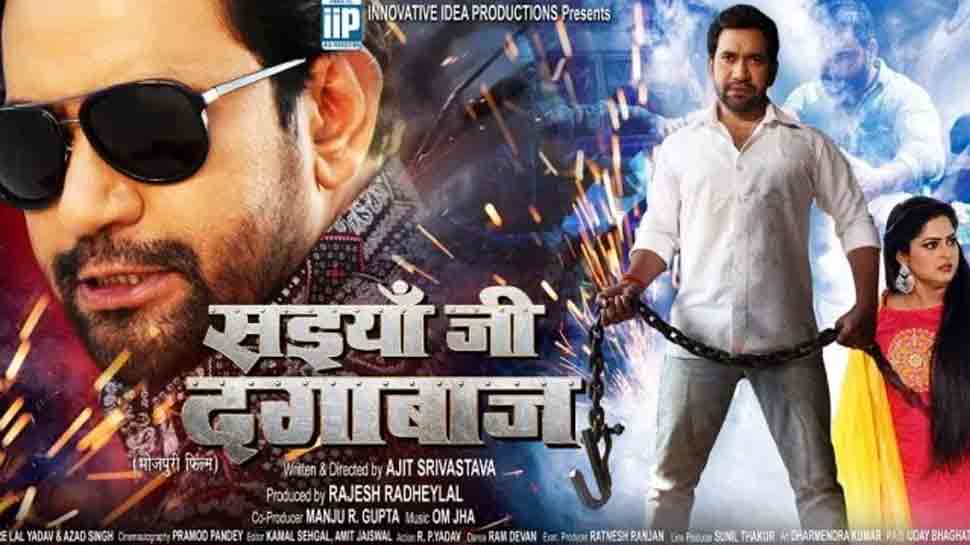 The first official trailer of the film was recently shared on Youtube and so far, it has been viewed by over 5.60 lakh viewers.

Recently, Nirahua had dropped a poster of the film, and looking at it, it can be said that Nirahu and Anjana Singh are all set to impress the audience with their crackling chemistry in the film.

Om Jha is music director of the film while Pyare Lal and Azad Singh are the lyricists. RP Yadav has directed the action and choreography has been given by Ram Devan. Kamal Sehgal and Amit Jaisawal are the editors.

'Saiyaan Ji Dagabaaz' has been produced by Rajesh Radheylal while Manju R Gupta is the co-producer.

RP Yadav is the action -director. Background music is by Mohammad Rashid. Premankur Bose is the promo-editor. Shakti Art 'Narsu' is the publicity designer. Uday Bhagat is the PRO.

Ratnesh Ranjan is the executive producer of the film while line producer is Sunil Thakur. The film has been produced under the banner of Innovative Idea Productions.