The film had Khesari donning a rugged, ruthless avatar, which became a hot favourite of Bhojpuri cine lovers. 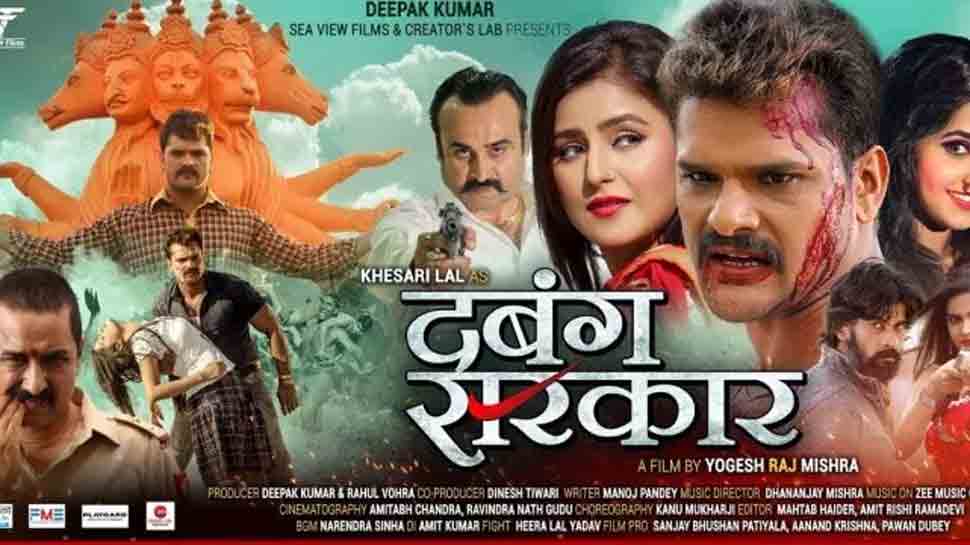 New Delhi: After the blockbuster success of Khesari Lal Yadav-starrer Bhojpuri film 'Dabang Sarkar' across the northern states, the makers released the family-entertainer on the official Youtube channel of Yashi Films on Tuesday.

The film had Khesari donning a rugged, ruthless avatar, which became a hot favourite of Bhojpuri cine lovers.

'Dabang Sarkar' is directed by Yogesh Raj Mishra and is produced by Deepak Kumar and Rahul Vohra. It has been co-produced by Dinesh Tewari. The film was initially released in Bihar, Jharkhand, Mumbai and Gujarat, and after the instant hit, was later released in Uttar Pradesh and Delhi.

In 'Dabang Sarkar', Khesari was paired opposite Akansha Awasthi and Deepika Tiwari. Actress Kajal Raghwani made a guest appearance in two songs in the film.

The choreography in 'Dabang Sarkar' was done by Kanu Mukherjee and Arun Raj and DOP is from Abhitabh Chandra and Ravindra Nath Guru.

Krishna Kumar, Arvind Akela Kallu to fight it out in Bhojpuri film 'Dilwar'?