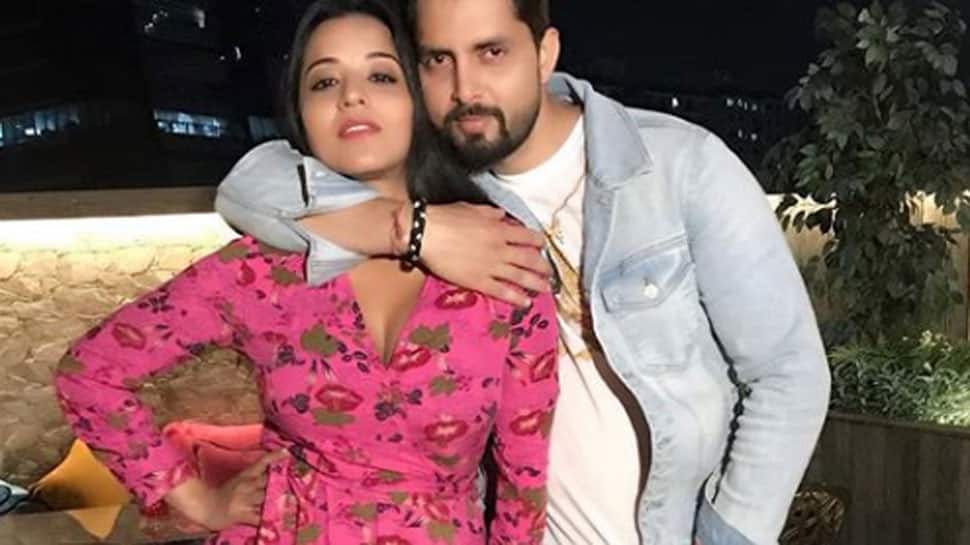 New Delhi: Popular television actress Monalisa, who began her career by starring in Bhojpuri films, often shares pictures with her husband Vikrant Singh Rajpoot that are too cute to miss. As the world celebrates Valentine's Day today, the actress took to the social media app Instagram and shared some cutesy clicks, extending Valentine's Day wishes.

She wrote, “Happy Valentines Day... May we be blessed with Love And The Warmth of Romance....#valentinesday #2019 @vikrant8235”

The actress has a huge fan following and her fans are always excited to know more about her personal and professional life. Fans adore 'Mona' and shower her pictures with compliments, flooding the comments section. The actress is quite a poser and often shares pics that makes fans go berserk.

She made her television debut last year with a supernatural show in which she plays the role of an evil force (daayan). Mona has been showered with immense praises for her performance and the show is performing well in terms of TRPs!