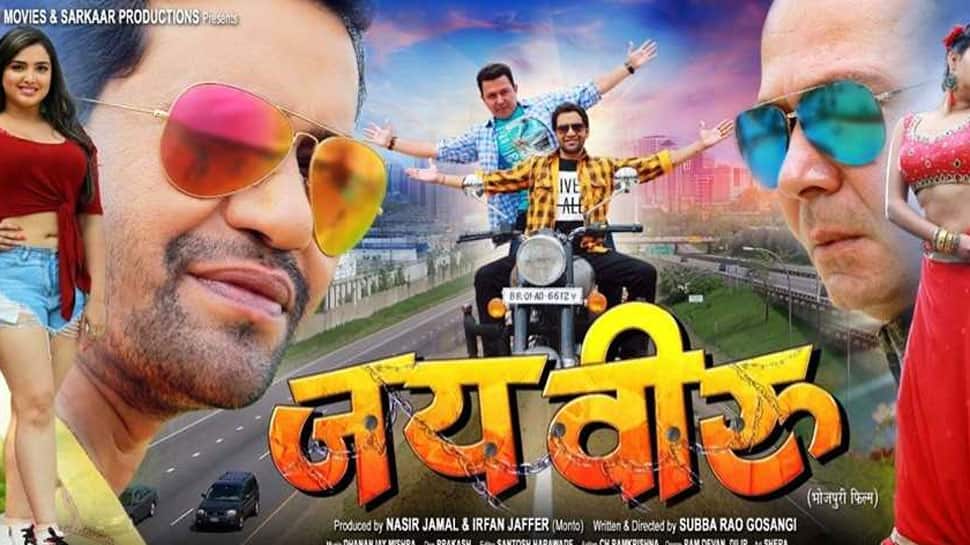 New Delhi: After the general elections, Bhojpuri superhit on-screen pair of Dinesh Lal Yadav aka Nirahua and Aamrapali Dubey are back to entice the viewers with 'Jai Veeru' on June 25, 2019.

The film is releasing in the states of Bihar and Jharkhand on June 25 and in Mumbai and Gujarat on July 5 respectively. This will be duo's first film after the Lok Sabha elections.

'Jai Veeru' is a story of two brothers. In the movie, along with Nirahua, Hyderabad based actor Mast Ali aka Salim Pheku will be seen in an important role. However, it is the magical chemistry of Nirahua and Aamrapali which the audience is desperately wanting to watch.

Together they have delivered blockbuster hits on-screen. Made under the banner of Muskaan Movies India Pvt. Ltd and Sarkaar Production, the film is written and directed by Subbarao Gosangi. It is produced by Naseer Jamal and Irfan Jaffer.

The makers have ensured that Nirahua and Aamrapali's on-screen romantic chemistry hits the jackpot.

Prakash is the DOP and Music is composed by Dhananjay Mishra. Background music is by Jebo and action is by CH Ramkrishna. The editing is by Santosh Harwade, choreography by Ram Devan and Dilip while Art is by Shera.