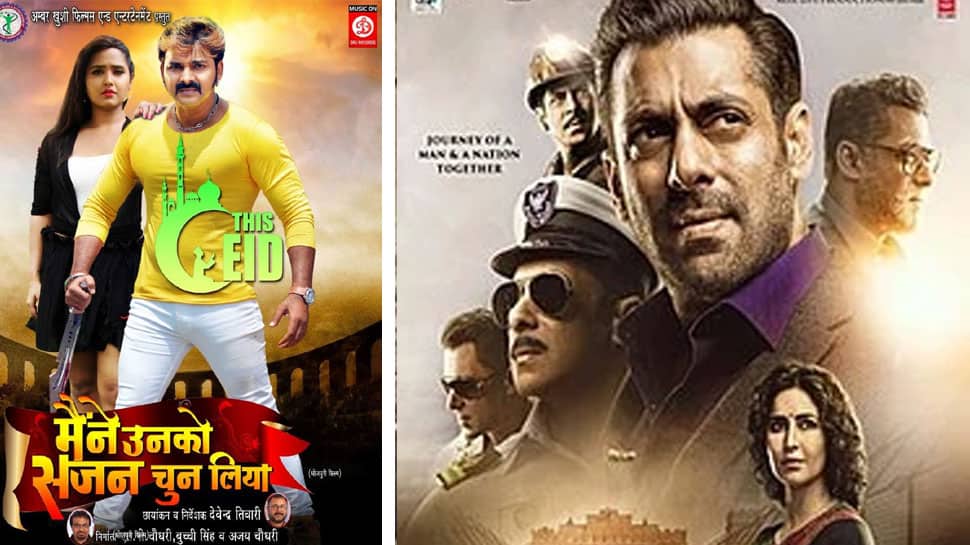 New Delhi: Power star Pawan Singh and Kajal Raghwani's upcoming venture 'Maine Unko Sajan Chun Liya' is all set to clash with Bollywood superstar Salman Khan and Katrina Kaif starrer 'Bharat'. This is however not the first time that Pawan's movie is releasing on the same day as Salman's.

This Eid on June 5, 2019, both the films will hit the screens. The movie is made under the banner of Ambar Khushi Films. The film will be produced by Producer Bukchi Singh, SP Singh and Akash Kumar Tuddu. The project is being directed by Devendra Tiwari, who is making his maiden directorial debut with this film.

The music is composed by Chhote Baba and the songs are written by Manoj Matlabi, Sumit Chandravanshi and Zahid Akhtar. 'Maine Unko Sajan Chun Liya' happens to be the first Bhojpuri film which has been shot in the beautiful locales of Dehradun.