Like every year, this time too, Pawan Singh has released a couple of Bol Bham Kanwar songs. 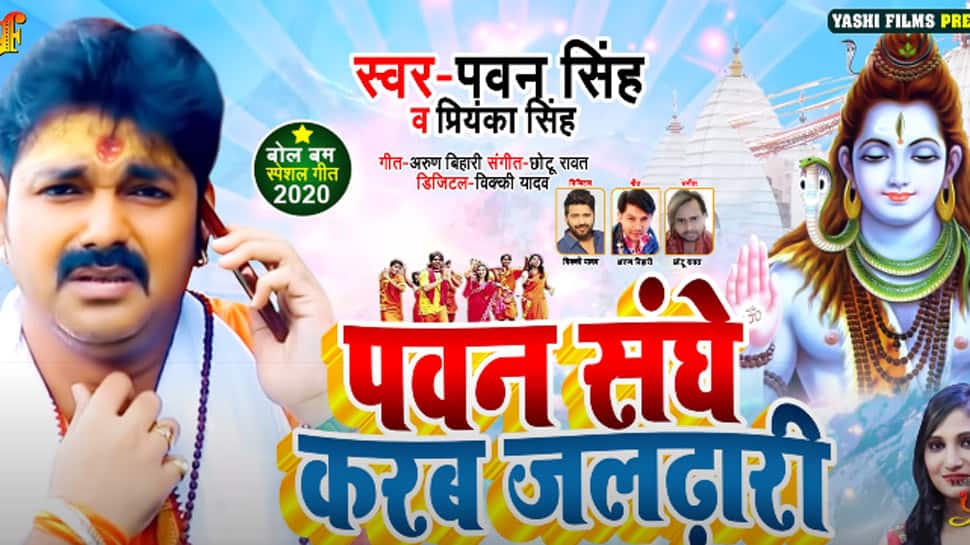 New Delhi: Bhojpuri power star Pawan Singh is not only a popular actor but also a known singer. In fact, he started out in the showbiz industry as a singer and delivered some superhit tracks. During the auspicious month of Shravan or Sawan, many Bhojpuri celebrities release their singles and albums dedicated to Lord Shiva.

Like every year, this time too, Pawan Singh has released a couple of Bol Bham Kanwar songs. One such track titled 'Pawan Sange Karab Jaldhari', has released its audio version on YouTube and it has already garnered over 410,721 views.

The song is uploaded by Yashi Films on YouTube.

The pious month falls during July-August, as per Gregorian calendar and is considered to be extremely auspicious where devotees pray to Lord Shiva and his consort Mata Parvati.

During the month of Shravan or Sawan, several devotees set out on a yatra by foot, popularly known as 'Kanwar Yatra'. However, this year the deadly novel coronavirus outbreak might lead to a few restrictions, although nothing has been notified as yet.

Social distancing, maintaining hygiene is primary for fighting the pandemic.

Pawan Singh is a big name in Bhojpuri films. The actor has several hit films such as 'Devra Bada Satawela', 'Bhojpuriya Raja' etc to his credit. The actor-singer hails from Ara in Bihar and rose to fame with superhit song 'Lollypop Lagelu' which became a rage after its release.