Poonam looks beautiful in a pink lehenga-choli and traditional get-up of goddess Radha. 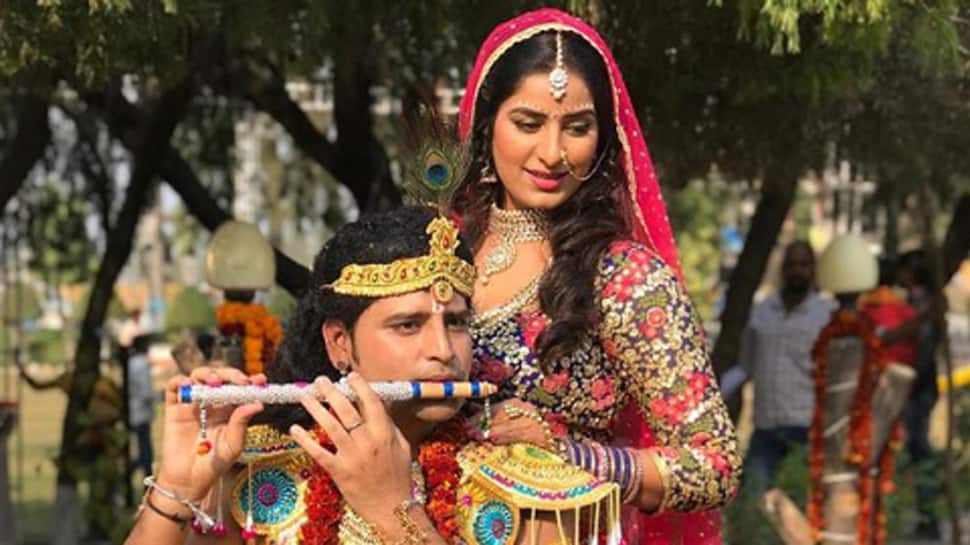 New Delhi: One of the most sought-after actresses in Bhojpuri film industry Poonam Dubey is busy working on her next project. The actress is currently shooting with director Ishtiyaque Sheikh Bunty and shared a picture from the sets.

Poonam, in her recent post, shared a photo still clicked on the sets of the movie. It happens to be a song shoot where Poonam and lead actor Rakesh Mishra can be seen in Radha-Krishna avatar.

The actress shared it on Instagram with a caption: “#one #more #special #song #with #my #dear #friend @official_rakeshmishra ji #director @ishtiyaque_sheikh_bunty ji #love #to #work #with #my #lovely #team.”

Poonam looks beautiful in a pink lehenga-choli and traditional get-up of goddess Radha whereas Rakesh Mishra is posing as Lord Krishna with a flute in his hand and peacock feather sitting on his headgear.

The actress, who is an avid social media user.