Neha Shree's official Facebook page has some uploads from the puja and muhurat. 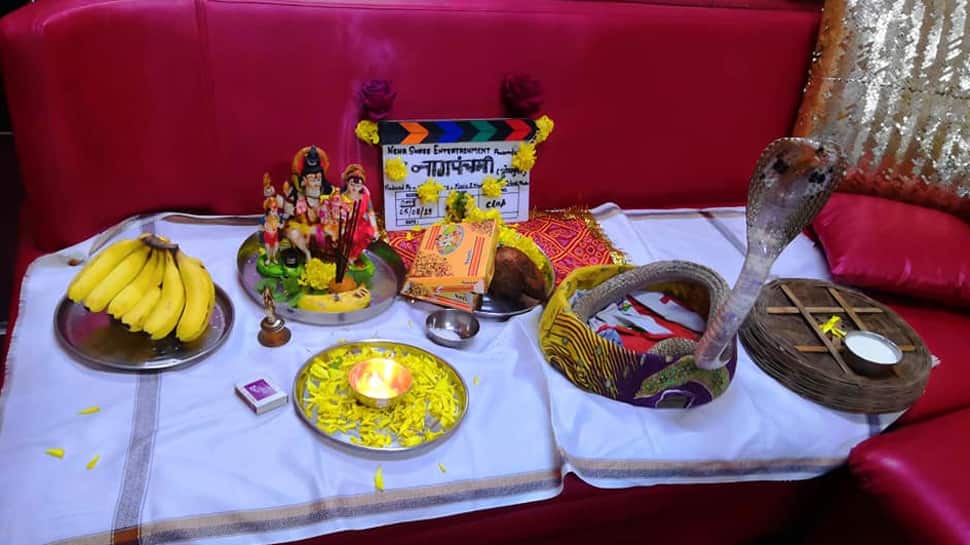 New Delhi: One of the most sought-after Bhojpuri filmmakers Ritesh Thakur has once again announced a new project on a festival. This time, he performed a puja and muhurat, as his new movie titled 'Naag Panchami' was announced on the festive occasion of 'Nag Panchami'.

This year, the festival of 'Nag Panchami' was celebrated on August 5, 2019.

The film 'Naag Panchami' will be made under the banner of Neha Shree Entertainment and produced by Neha Shree. The film's music and direction will be helmed by Ritesh Thakur.

Neha Shree's official Facebook page has some uploads from the puja and muhurat. The caption reads: “Today Happy to announce my new film Nagpanchmi and happy Naag panchmi to all my friends and family need ur blessings thanks to my team and Ritesh thakur ji for always supporting. Apna pyar aur ashirwad jarur dijiyega.....

The details about the cast and team of the movie are still kept under wraps. The makers are sure that the interesting storyline and superhit songs of this serpent tale will keep the audiences hooked.

Kisan Aandolan: People involved in the movement first gave liquor to the villager and then burnt alive