The local police on Sunday seized and destroyed over 7000 liters of liquor here, which was allegedly smuggled and brought into Bihar. 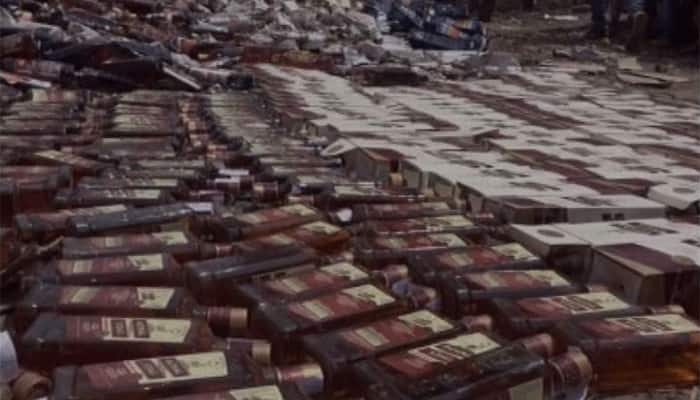 Gaya: The Bihar police on Sunday seized and destroyed over 7000 liters of liquor here, which was allegedly smuggled and brought into Bihar.

The entire containment of liquor, which was crushed by a roller under the supervision of government officials reportedly amounted to a whopping Rs. 30 lakh, and contained a mix of domestic and imported alcohol.

In a similar incident early this month, the Bihar police crushed bottles and pouches containing a total of 60,000 liters of liquor in Rohtas district.

The Nitish Kumar government last year notified the new Bihar Prohibition and Excise Act, 2016 which ensured complete ban on sale and consumption of liquor - both Indian Made Foreign Liquor and country-made - in the state.

While the initial date for disposing off old stock of liquor was May 31, the Supreme Court on May 29 extended the time limit for the same to July 31.

Several liquor manufacturers approached the apex court seeking an extension of the May 31 deadline for moving liquor stocks out of the state.

The Bihar Government had in January moved the apex court seeking transfer of plea against the liquor ban legislation from the Patna High Court.

Alcohol companies had earlier moved the Patna High Court against the liquor ban.