According to the India Meteorological Department, the city will receive moderate rainfall accompanied by a thunderstorm for the next two days. 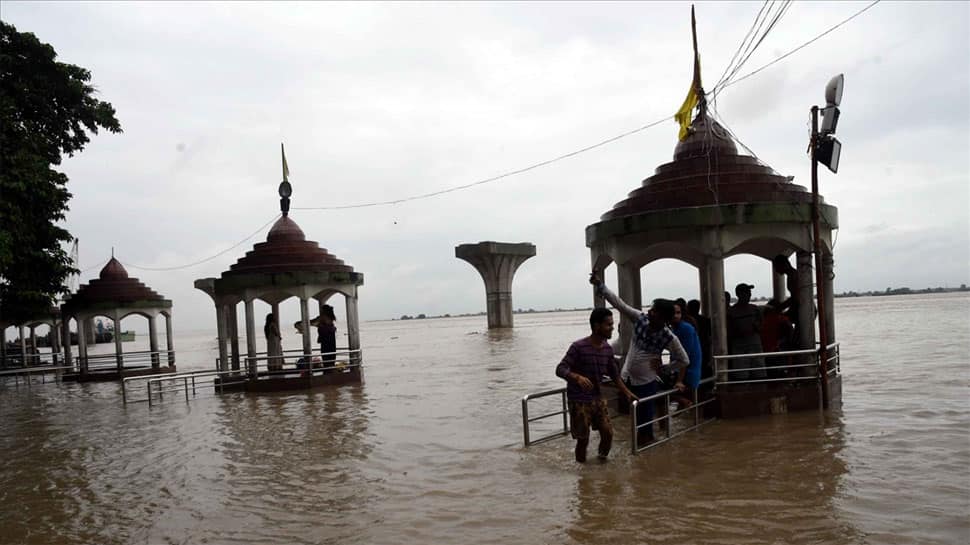 New Delhi: Patna on Saturday witnessed heavy downpour, causing a traffic jam and water-logging in several parts of the city. The commuters on two-wheeler vehicles were seen wading through knee-deep waters. Pedestrians were also stranded for hours due to water clogged roads and bridges.

According to the India Meteorological Department, the city will receive moderate rainfall accompanied by a thunderstorm for the next two days.

The temperature in the city will oscillate between 25 degree Celsius and 27 degree Celsius. The humidity would be around 93 percent.

The Nalanda Medical College hospital in the city was inundated with water, forcing doctors and paramedical staff to carry out practice in the knee-deep waters.

This medical college is the second-largest government hospital in Patna and is spread over 100 acres.Visuals accessed from the medical centre shows that wards and corridors are flooded with unclean stagnant water.

The dirty water from the outside also seeped into the wards forcing patients and their kins to stay on the beds for a long period of time.

Last year also, Nalanda Medical College and Hospital got flooded with rainwater, with ICU partially submerged under the water. The fishes were also spotted swimming in the ICU.

In the meantime, Patna-District Magistrate Kumar Ravi announced that all private and government schools in the city have been instructed to remain closed due to incessant rain and waterlogging in the region.

Here are the latest rain-related updates in Patna:

* A tree fell in the Boring Canal road in Patna leading to disruption of traffic movement.

* The Pataliputra University canceled the B.Ed examination today in wake of downpour in the city. Due to the water-logging in the examination center, the exams will now be held on October 5th, announced the University management board today.

* A teenager died of electrocution in Kadamkuan police station area near Kali Mandir in Patna. The locals rushed him to a nearby hospital in a critical state; however, he died during the treatment.