Those part of Left front rally can be identified by their clothes: Sushil Modi

Speaking on Saturday at an event to mark the birth anniversary of Guru Ravidas, a 15th-century poet-saint venerated by the Dalits, Sushil Modi said some elements in the country were trying to forge a Dalit-Muslim alliance. 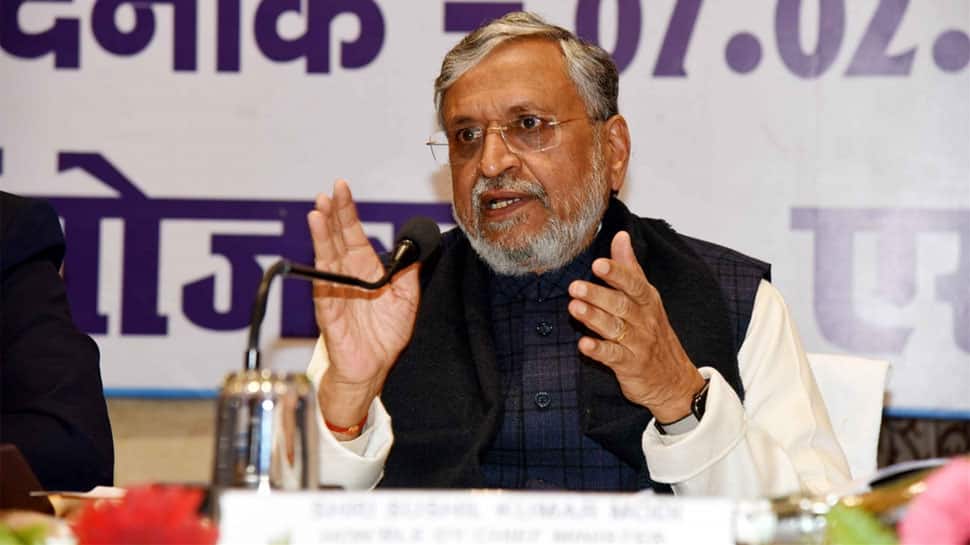 Patna: Bihar Deputy Chief Minister Sushil Modi on Saturday said that those participating in a Left Front rally in Bihar today could be "identified by their clothes", and also added that the protesters at Delhi`s Shaheen Bagh came from a "particular community".

Speaking on Saturday at an event to mark the birth anniversary of Guru Ravidas, a 15th-century poet-saint venerated by the Dalits, Sushil Modi said some elements in the country were trying to forge a Dalit-Muslim alliance. He vowed to foil such efforts.

"There are some elements in the country who are attempting to forge a Dalit-Muslim alliance in recent times. These people tell Dalits that they are being neglected in the Hindu society. Such attempts to alienate the Dalits from the Hindu society have been going on since the British era," Modi said.

"The effort that has been going on for last 100 years and which we have foiled, we won`t let this alliance happen in coming times too," he added.

Speaking on the protests against the Citizenship Amendment Act (CAA), the Bihar Deputy CM said: "Who are the people sitting on dharna at Delhi`s Shaheen Bagh? They are from a particular community who are angry with the work done by the Narendra Modi government in the last six months." "They are not angry over the CAA. They are angry with the work of the Narendra Modi government that has ended triple talaq, abrogated Article 370 and also with the efforts of PM Narendra Modi, the Supreme Court decided the Ramjanmabhoomi-Babri masjid case in favour of the Hindus to build a Ram Temple in Ayodhya. It is this anger that is coming out in the form of Shaheen Bagh," he added.

Prime Minister Narendra Modi had in December last year said that those protesting against the Citizenship Amendment Bill could be identified by their clothes. The Prime Minister`s remarks were criticised by the Opposition.