Each seat matters, but Congress, AAP have gifted advantage to BJP in Delhi in 2019 Lok Sabha elections

An alliance between Congress and AAP has fallen prey to egos on both sides, giving the BJP a big edge. 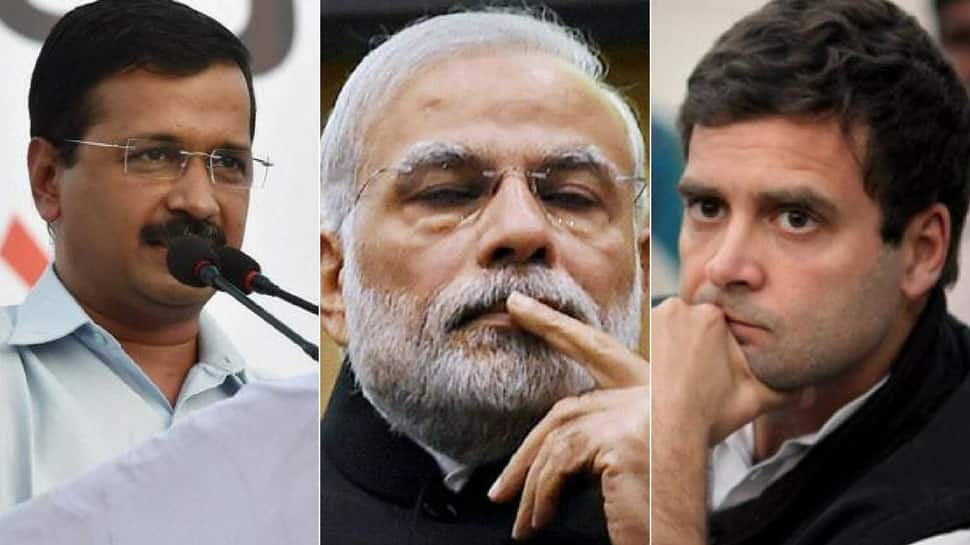 Imagine a cricket match in which the fielding team gets a wicket off the very first ball - and that too a run-out because the two batsmen don't know how to run between the wickets. That's what Delhi's political scene is looking like now. On the very first day after the Election Commission of India announced general elections, Prime Minister Narendra Modi's Bharatiya Janata Party (BJP) has found the going good in the capital city thanks to a poor understanding between its main rivals.

With Congress president Rahul Gandhi formally asking his party cadre to win all the seven Lok Sabha seats in the capital, a triangular fight between itself, the BJP and the Aam Aadmi Party (AAP) is confirmed to a point where I believe the lotus-wallahs have a clear upper hand for several reasons.

Unless there is some late change of mood, and a pinhole exists for a mutually agreeable arrangement as some reports speculate, the advantage is clearly with the BJP.

So what happened to the grand plan to unseat the BJP in a 'Mahagatbandhan' - a grand alliance? In Delhi at least, it has fallen a victim to narrow egos that do not sit easily with claims that Modi's defeat is so important that everyone else has to close ranks. While you can apportion blame between both the Congress and AAP, the Congress must take a higher share because it had every reason to swallow a bit of its 133-year-old pride as modern India's oldest political grouping.

In Lucknow, they say the old nawabs were so courteous to each other that they would say 'pehle aap' (you first) repeatedly to the other when a horsecart arrived that the cart would leave without either of them. In Delhi, we have a 'pehle aap' culture of a different variety, with much the same result.

The Congress, it seems, wanted the AAP to make the first move in what might have been an alliance. 'Pehle AAP', it seemed to say. But the AAP went ahead and announced candidates for six seats in Delhi without much ado (If there were any backroom talks, we are not quite aware). For Delhi Chief Minister Arvind Kejriwal, putting the AAP first has become his own variant. 'Pehle AAP,' as it were.

The result of all this is a triangular contest in which the BJP is set to be the gainer. Given the fact that there is a widespread belief that Modi is the front-runner, but faces an anti-incumbency factor in which the BJP on its own may not get a clear majority in the Lok Sabha like it did last time, every seat counts for those who want to - or claim to want to - unseat him. With seven seats tilting towards the BJP, the grand alliance of the opposition has gotten off to a not-so-grand start in the national capital.

Even otherwise, the BJP is on strong ground in Delhi. With memories of the Pulwama attack in Kashmir and anti-terror airstrikes by the Indian Air Force in Pakistani territory fresh in public memory, Modi has already made national security a major poll plank. There is no state, I believe, that buys this plank more than Delhi. As the capital region, national issues are close to its heart. Delhi also is arguably the least affected by caste politics by Indian standards. Given the BJP's tendency to appeal above caste divides, that is another advantage for the BJP.

The Congress is a bruised party. Its own internal tensions between Delhi party leaders Sheila Dixit and Ajay Maken is part of the capital's political folklore. It does not help that the AAP is sitting in power in the local government and has been energetically working towards raising its profile. Its passion and energy can be seen everywhere as if it has put behind the bad vibes it acquired when senior leaders like Prashant Bhushan and Yogendra Yadav found themselves out of the group in an unseemly turn of events.

AAP has truly revolutionised education and healthcare in Delhi with visible administrative interventions by its government. Kejriwal and his deputy, Manish Sisodia, have also perfected the dubious art of hyping up achievements. I expect AAP to be BJP's main challenger because it also has built up considerable goodwill among teeming migrants from eastern UP and Bihar.

The Congress is no doubt strong in Madhya Pradesh and Rajasthan, but it cannot expect a simple rebound vote to help it in Delhi, given AAP's inspired, though chequered, rule over the city. There are no rabbits that I can see coming out of Rahul Gandhi's magical hat.

At the national level, if the Lok Sabha break-up throws up a pleasant surprise for the opposition (which I do not rule out), Delhi's seats may turn up to be more crucial than it appears now. The Congress seems to want to brazen it out there despite the sensitivity of the situation. It seems to confuse memories of the past with the imperatives of the present.