Hindu temples are targets of systematic oppression by government, courts

Hindu temples are often owned and run by the state, and governments have no problem using temple revenues for things that have nothing to do with temples or Hinduism. 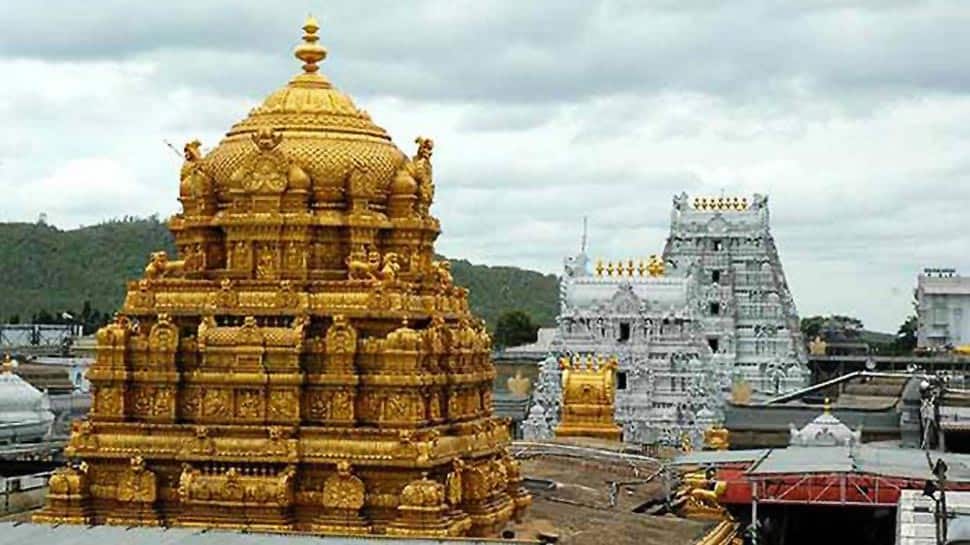 (Note: This column is the first of a two-part series on the relationship between the Central and state governments and courts on the one hand, and Hindu temples and their traditions on the other. The two-part series is written in the context of the ongoing controversy surrounding the entry of women into the Ayyappa Temple at Sabarimala.)

Part II - Battle over Sabarimala is purely political, not about religion, gender equality or culture

Part I - Hindu Dharma and its temple traditions

In the following article I hope to put the Sabarimala issue into the proper perspective. Few people today understand Hindu Dharma. This is particularly true of those in the western world but also many Indians today, particularly those who have a western or Christian education. Hinduism is as vast and many sided as is India. No simple judgements or stereotypes can work to limit or define its diversity. Using western political, social or religious concepts to judge Hindu practices can be misleading. The Sabarimala issue is a good example of how Hindu Dharma easily gets distorted in the modern political media context, just as ancient Hindu temples cannot be understood according to modern cultural norms. We will begin with an examination of the broader issues involved.

Hindu Dharma
Hinduism is the oldest religion in the world and the third largest with more than a billion followers worldwide. This is a great accomplishment, as Hindus have never engaged in any forced conversion or promoted any exclusive claim to truth. On the contrary, they have faced centuries of determined efforts to convert them and yet have best survived among the dharmic traditions of humanity that include Buddhism and Jainism.

Hindu Dharma is arguably the most profound diverse of all religions and with the most extensive literature of spiritual practices, Yoga, meditation and Self-realization. Hinduism contains every form of worship from every type of image, human and naturalistic, geometrical yantras, symbols like the Shiva linga, the sacred fire, and every sort of formless approach to the deity, ultimately as the Absolute beyond time, space and karma.

As such, Hinduism is very different from Christianity and Islam, which are defined relative to a single book or scripture, final prophet or savior, exclusive monotheistic formulation of deity, and follow a motivation to make the entire world follow their belief. This makes Hindu Dharma hard for people from Abrahamic backgrounds to appreciate, and may cause them to look down upon Hindu practices and see them in a superficial light as polytheistic or primitive, in spite of the sophistication of Hindu philosophy. It makes it difficult for atheists and Marxists to respect, as it is from another world view altogether than western political materialism.

Hindus have many gurus, avatars, formulations of deity, male or female, many books, practices, rituals and festivals - almost innumerable it seems. This reflects an abundance of spiritual experience, not a lack of coherence in understanding the Divine, which is revealed in the Hindu understanding of higher states of consciousness.

Hindu temples
Hindu worship is as abundant and variable as Hindu Dharma itself. Hindus have every sort of shrine, temple and sacred site and are not limited to formal churches or fixed places of worship. These include puja rooms in the house, family temples, village temples, regional temples and major sites for all Hindus - much like the diversity of deity forms Hindu worship. These can include massive temple complexes like those of Tamil Nadu or sites defined by nature like Ma Ganga and mountains like Mount Kailas, extending to entire sacred cities like Varanasi.

Hindu temples may honor several deity forms, with one made most important perhaps but not exclusive. Temples have different festivals or holy days, different types of worship and rituals. Each deity form has his or her own name, depiction and iconography, story or history, unique practices or special community of people or followers that it is addressed to. Devotees are encouraged to adopt a particular deity form or Ishta Devata and perform special forms of worship accordingly that may be specific to a particular temple or deity tradition. To enter the temple may require following different types of vows or practices, not performing which can bar a person from the temple.

There are temples for masculine forms of the deity like Shiva and Vishnu and temples for Goddess or feminine forms of Lakshmi, Sarasvati, Parvati and Kali. Ganesh depicted with an elephant head and Hanuman with the form of a monkey also have many temples of their own. There are temples only for men, other temples only for women, temples where certain animals are honored, and temples where special unique practices have been going on for generations. The temple is a special place to honor the deity involved, not a general place to cater to the needs, desires or opinions of the public. Temples are places to let go of our ego, not to assert our personal views or opinions.

Government and court regulation of Hindu temples
Yet strangely in modern India, Hindu temples are often owned and run by the state through state constituted temple boards. This includes the state expropriating Hindu temple revenues for government purposes that are not religious in nature or of any benefit to the Hindu community. State governments, including the communist atheistic government of Kerala, take revenue given to Hindu deities and use it for their own purposes which may not honor the temple or deity at all.

India's courts regulate not just civil law in the temple but even temple practices, which can extend to minute matters like the type or amount offering to be given, or even how loud mantras can be chanted. In other words, Hindu temples are not free of government regulation or court interference in India.

Though this Hindu temple regulation in India occurs in the name of secularism, it is not a practice followed in any other secular country in the world, such as US or UK, in which government do not interfere with religious practices. In India the majority Hindu religion is penalized financially, restricted by special laws, and not given the same freedom or respect as minority religions. Hindu temples have more freedom in the West like the United States were Hindus are a minority and in which there is no government interference in temples, churches or mosques.

This regulation of religious sites, we should clearly note, does not occur relative to churches and mosques in India, which can receive government funding and would not have their revenues expropriated by the state. In this regard the oppression of Hinduism in India has not changed fundamentally since the British Raj, with state governments continuing what can easily be seen as anti-Hindu policies.