Some of the methods that Pakistan's terrorism export industry uses were evolved in India. 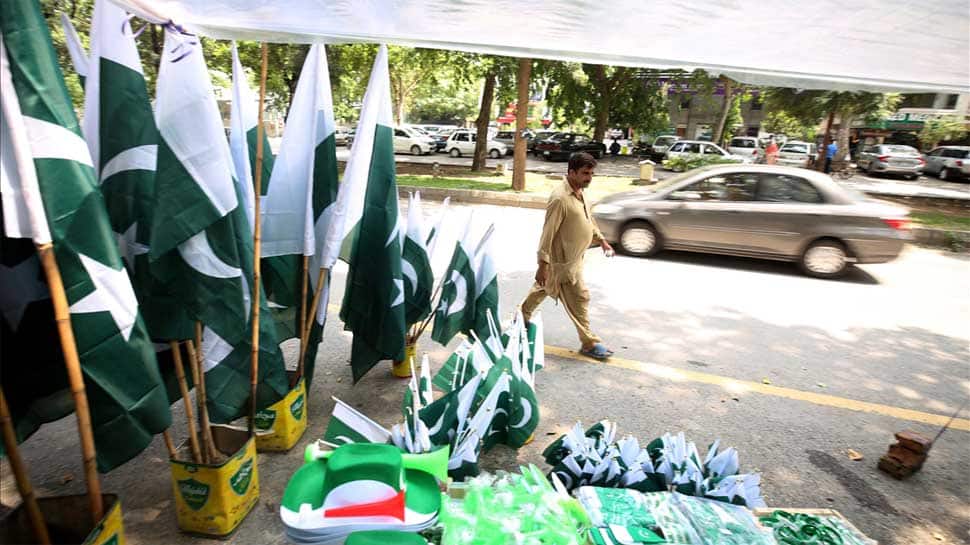 1.   My father is one of the pre-Independence settlers in Delhi. There were substantive number of Tambrahm settlers in Delhi those days. It was a very cohesive community, and having left their far away homelands in search of vocation they were a closely knit community with each coming into support the other.

Also, the ones who had come earlier and become successful were held in awe by the others. One such person was a Tambrahm who had been a successful and prominent auditor. The firm founded by the auditor still exists, and over the period of time opened offices in Mumbai, Chennai and Kolkata during those days is a proof of his mettle and commitment to his profession.

The late auditor is still a respected icon amongst Tamils in Delhi. One of his sons is a prominent Pakistan-loving politician. But what is more paramount and relevant to the issue is that this illustrious auditor conceptualised the profit centre theme and made each of his offices a profit centre.

They were made independent corporate entities to ensure autonomy, along with separate balance sheets to show for. This is of origin of decentralisation and the profit centre concept, which in essence establishes the theme. In the insurance sector, while they were headquartered in different regions, there was no bar of each of these companies doing business in one another's region. There was no mutual exclusivity in the operational area.

3.   In fact, the concept of this was given a theoretical orientation by an Indian Professor in management and economics in the USA. Further, in the nineties, when he was part of the Indian Institute of Management, Calcutta, with the perennial sickness of central public sector undertakings, he pioneered a concept of performance measurement through an instrumentality of Memorandum of Undertaking (MOU) for the public sector.

During one of my courses, I had the opportunity of being exposed to this performance measurement contract. Later, he also served as at Secretary rank in the Cabinet Secretariat, where he introduced the tool of Result Framework Document for various Ministries and Departments. Hence, this unit-based performance measurement is essentially a concept original to India.

4.   But, Pakistan's terror machinery has used it in another arena. Their terrorist organisations are assigned to grow, recruit and radicalise in different regions. Laskhar-e-Toiba is essentially based out of Punjab, but like the Indian general insurance sector, there is no bar in operating in Sindh region. Likewise, Jaish-e-Mohammad is essentially is Karachi-based organisation, but again there is no jurisdiction constraints for it to operate in other regions, as has been validated by the recent Pulwama attack. The Hizb-ul-Mujaahideen again is based out of Gilgit-Baltistan, formerly known as Northern Areas, with its focus and resources in Pakistan-occupied Kashmir (PoK). By resources, I mean their training infrastructure, which is commonly shared by other outfits. Similarly, Jaish-e-Mohammad also gave coastal attack training from Karachi, as has been borne out from the fact that Ajmal Kasab and his companions were trained in that area.

Other operations have also been spread out to different regions of Pakistan to ensure spatial spread. The terror machinery in Pakistan also has an export unit like corporates, which extends support to Harkat-ul-Jihadi, both in Pakistan as well as Bangladesh. Similar organisations like Al Badr focussing on other areas, the Jamait-e-Islami, the propaganda machinery through ISI psy ops, the Harkat-ul-Mujahideen and its Indian arm known as Indian Mujahideen, and so on and so forth.

6.   Each of these also have a standard operating procedure of recruitment, training, infiltration, honey-trapping, techno savvy personnel, propaganda material and content writers, etc, in large numbers. This is an industry and an employment centre in Pakistan. They are able to raise funds for not just maintaining this huge organisation but also have included high social costs, as the family of the suicide attackers who die in the operations are well taken care.

I am reminded of a very famous case study titled BEST vs Mrs Agnes, where the Honourable court ruled that for entitling benefits under the Workman's Compensation Act, the death should have occurred in the course of and out of employment. But in Pakistan's terror employment there are no such conditionalities, and anyone who dies after recruitment will entitle their family for compensation. It is in this area that the Pakistani organisation has outdone our Workman's Compensation Act.

7.   Finance is the lifeline of terrorism. Hence, there are finance mobilisers in various country. Surely, given the present financial status of Pakistan, they cannot be funding it domestically. Hence, mutatis mutandis to our Foreign Direct Investment policy and promotion of the same done by Department of Industrial Policy and Promotion, they approach possible high net worth individuals in Gulf countries, UK and other countries to contribute under various promotional ruse and untruths like oppression and killings of Muslims in Kashmir, rape of Muslim women, killing of Muslims in hinterland, etc.

To reinforce the ruse they also assign their new recruits and other foot soldiers on Indian soil to manage the events. The gullible persons some times are programmed into doing certain acts without knowing the evil designs of their ultimate masters.

8.   On balance of consideration, it is our idea based on which their organisational structure was erected. They used our concept in the general insurance industry to ensure spatial spread of these terror organisation. Our principles of labour jurisprudence is upgraded and used as a policy of compensating their volunteers who die. They use our FDI promotional principles, especially one relating to PIO/NRI investment promotion to fund their programmes. They use recruits from India to validate their evil and false narratives. Not just that you will find the terror masters have also prescribed activity-based targets like attacks, recruitment, training, publication/propaganda machinery, finance mobilisation, penetration, including productivity issues like reducing the time taken to reinforce the funds required for any attack, which is gradually reducing from 2006 through several new innovations. Now just sending money through Western Union or Hawala are less in vogue, and new routes and mechanisms are being resorted to as every counter-step taken by the Indian government is met with immediate recalibration. However, I reserve my comments on their PR machinery and its penetration in India.

Therefore, it is a case hamaara jhootha, hamara hi sar.