Karan Johar is as much to blame for Hardik Pandya-KL Rahul controversy, should watch his mouth

'Karan is like that only,' stars say, but it is time for him to stop being naughty. 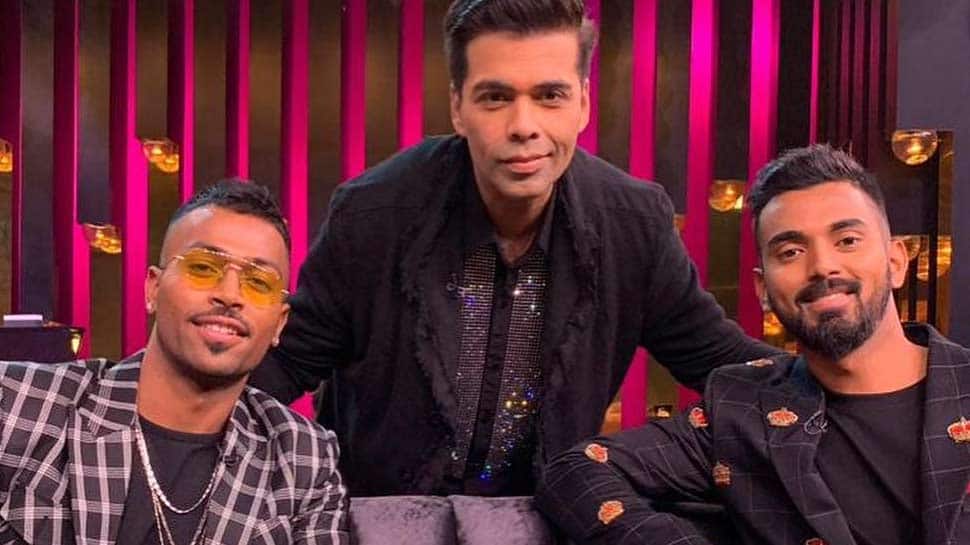 When the outspoken Sreesanth says Karan Johar should also take the blame for the disastrous aftermath of Hardik Pandya's declarations on Koffee With Karan he is not off the mark.

Fact is, Star Plus is "extremely concerned" about its image after Pandya's misogyny was outed. And if sources are to be believed, axing the show has also been contemplated. But we now hear there would be no such grave ramifications, only an apology on the show for the careless and insensitive man-talk.

But a more far-reaching repercussion awaits the show as the guests would have to watch their mouth. And if they shoot it off nevertheless, Karan Johar would have to ensure the smut sleaze and innuendos are kept out of range.

Fact is, the show's underlining mood of sexiness was simmering to a boil for some time now. Both the men and the women celebrities were being asked what would be termed as improper questions and it was considered okay since, "Karan is like that only," as one of his indulgent female star guests told me.

Crossing the line comes naturally on Koffee With Karan. It comes with the territory. The show is an extension of Karan Johar's personality. Everyone loves Karan, even if he is a little leery. No one minds if he asks what would be considered improper in other circumstances. He is a part of the super-privileged elite of Bollywood who have access to everyone who counts. And that makes him more powerful than almost anyone else in Bollywood.

Karan's own love life is zilch. But he is a love guru to many of the biggest actors and actresses. Varun Dhawan, Siddharth Malhotra, Alia Bhatt, Katrina Kaif, Ranbir Kapoor are some of the stars who lean on Karan for heart-related advice. Karan has solved more love tangles than Mike Myers in Love Guru.

I once asked him about his status as Bollywood's resident love consultant and said, "I don't have a love life of my own. So I invest all my unused energy in others' love life."

This was long before the twin towers of his existence. His children, Roohi and Yash, have given him a reason to come home quickly after work. And Karan, who made sure he makes his presence felt at every happening-do in Mumbai, is no longer that wild a party animal. He would rather have dudhoo with his babies than Koffee with the stars.

If for no other reason, he should now curb his naughty instincts for the sake of his children. Would Karan like his son Yash on the sofa one day talking the way Hardik was heard talking?

Maybe he would. But then the normal lines of decorum are not sketched for Karan. This unsavoury incident has taught him not to look for a mischievous pun in the name 'Hardik'.

It's time to stop playing the field.