Anand Sharma's threat to investigating agencies is selective amnesia on all the ways the Congress has abused them. 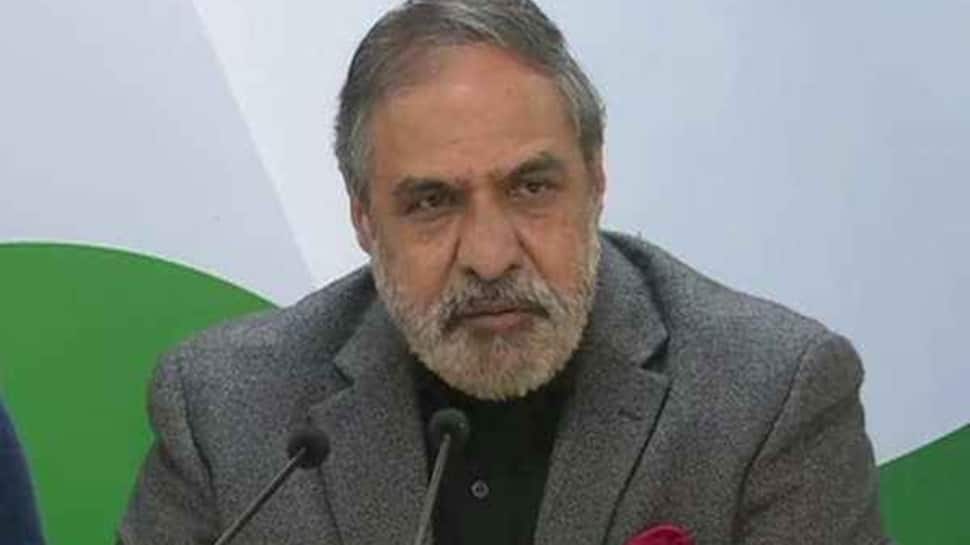 I had written some time back in Suraksha Mani a piece titled 'Kettles are calling pots black'. Little did my premonition tell me that another opportunity was to beckon with the same title. It did. On January 25, our friend Anand Sharma of Congress addressed the media in what was a finger-raising press conference. He had warned the officers CBI and ED not to act against their party men, which he claimed was in furtherance of the sinister design of the government in power.

The tone and tenor of Sharma was almost threatening, that they would be back in power shortly, so CBI and ED should restrain themselves. What is intriguing in the said context was not the flavour of overconfidence on winning the hustings that are forthcoming, but that Congress has itself done such things in the past, especially in their recent tenure at the Centre during 2004-2009.

I have already been a victim of these machinations. Ishrat Jehan was a fidayeen. But saying so did not suit the narrative of the UPA, and so I have faced demonisation under the UPA rule.

Ironic that those who stood up for a 19-year-old fidayeen's rights overlooked the rights of an 88-year-old woman, my mother. In the case of Sohrabuddin Sheikh, now with the verdict confirming that there was machination, nothing else needs to be said. Here, they even doubted the natural death of a siting judge who was presiding over the trial. What with other heads of CBI or how the first and second heads of NIA were appointed, how the NIA was conducting its investigation in the first few years are well documented in my book.

Also, what is more important is how they had manipulated the 26/11 investigation to let off the local persons involved, or how I was almost taken captive on the roads of Delhi in a possible attempt to exchange for Ajmal Kasab so that the entire story of 26/11 could have been given the colour of saffron, are facts which Anand Sharma conveniently chose to forget.

Further, some dead and defunct organisation came into being in 2005-06 to further the narrative of 'Hindu terror'. I am recalling the saga of Abhinav Bharat. There are certain facts which would possibly transgress the Official Secrets Act. Hence I am only sharing to the extent the legally tenable based on what is on public domain.

Abhinav Bharat Society was formed in 1903 and the organisation became defunct in 1953. Thereafter, the said organisation was resurrected in 2005-06. The involvement of intelligence organisations and personnel in the organisation stands established by the very fact that there is a case of Colonel Purohit still pending in an NIA special court. Indeed, he had even approached the Supreme Court for direction for setting up of a Special Investigation Team which was again remitted back to the trial court in August 2018. The poor Colonel is still suffering for carrying out the mandate of being an intelligence officer.

Without going into details, the question that agitates the nation is: who revived Abhinav Bharat? To give credence and credibility upon revival, the farce organisation coopted Himani Savarkar, kin of Vinayak Savarkar, and others with relationship to the founders of the original Abhinav Bharat. As per reports, the gullible persons, with their wish to perpetuate a more profound Hindu Rashtra, fell for the trap and unsuspectingly attended these meetings. The Bhonsala Military Training School, which prepares the young minds for a career in the defence services, was also falsely tagged to this agenda.

What was the trigger of reviving this Abhinav Bharat? Who funded it? These are questions on which the nation begs an answer. Not just that, if Colonel Purohit had indeed been involved in reviving the organisation then what prevented the governments either state or Centre from processing and granting prior sanction before his arrest as per provisions of Section 45 of CrPC? Even his sanction for prosecution under UAPA (2004 Amended Clause) and not UAPAA 2009 which was a one-liner from Maharashtra's then Additional Chief Secretary of Home, Ms Chitkala Zutshi, who has the distinction of the being present in Taj Hotel when it was attacked by terrorists on 26/11/2008. We also do not know whether a sanction for prosecution under Section 197 of CrPC to the effect that the act for which the officer was charged was not done out of public employment or in discharge of his duties and responsibilities.

But more importantly, from where did the funds come into Abhinav Bharat's accounts? Who funded this is a mystery which is more intriguing. I have said in my book that in 2006, there had been initiatives to place the narrative of 'Hindu terror' to counter various terror attacks being traced to a particular religion and consequential stereotyping of that ethnic group as possible supplier of terrorists.

In furtherance of this illusory narrative several steps including there being a trail of money coming into the bank accounts of Abhinav Bharat. If this is traced, the truth will be known. Who was instrumental in reviving the organisation in 2005? Why details regarding this has never been asked and answers sought? Was it a government effort? Were intelligence officers used and were later shortchanged?

I have been saying this that Maharashtra was being used as the laboratory for propagating this narrative of 'Hindu terror', whether through the revival of Abhinav Bharat or such other means, which culminated in Mumbai.

The entire case is couched in mystery. If this is not misuse of public resources or public functionaries, then what else is? The nation begs for an answer.

Even as per reports a book was under print '26/11 RSS ki Saazish' even before the investigation was complete. This book was later published and released in December 2010 and at the release function, our great friend Digvijaya Singh, Mahesh Bhatt and other personalities from Bollywood were present. Was it not a sinister design in which the government in power both at state and Centre had coopted the officers of security establishments?

Hence, I was quite amused at the warning of Anand Sharma. I recalled a famous saying in Tamil which goes 'Maamiyaar udacha manpanai, marumagal udacha vengala panai', meaning if it was the mother-in-law who broke it, it was an earthen pot, but if it was the daughter-in-law who broke it, it was a bronze pot. Same is the position of Anand Sharma's statement, meaning if we do it, it is legitimate but if anyone else does it, it is wrong.