The movie focuses on the investigation and strategies followed by a crime branch special officer to solve the mystery of missing high profile persons. 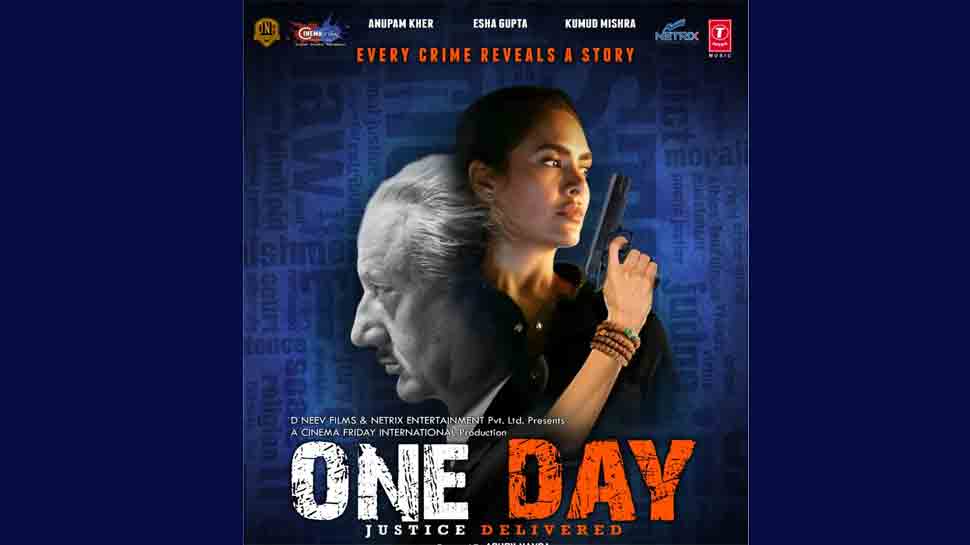 New Delhi: Audiences will now have to wait a bit extra to watch Anupam Kher and Esha Gupta starrer crime-thriller 'One Day: Justice Delivered' with the release date of the film being pushed forward. The film, slated to be released on June 28 will now hit screens on July 5, 2019.

Earlier, the makers had released a cryptic teaser of the film which featured a montage of slow, shots showcasing Anupam as a man engrossed in his thoughts. In the video, Anupam can be seen dressed like an old man where he is seen delivering his monologue.

The film's tagline states, 'Where's there is justice, there will be victory' which seems like the base of the movie and rightly sets the tone for the film's subject.

The first poster of the film was released in February by the veteran actor on his Instagram account. Going by the film's poster, the story may revolve around a retired man who tries solving a crime to get justice.

'One Day' is helmed by Ashok Nanda and produced by Ketan Patel and Swati Singh. The music of the film was composed by Joy-Anjan,Vikrant-Parijat, Rishi Singh.