Anupam Kher's The Accidental Prime Minister to release on 1440 screens

The film will be released on 1,300 screens in India and 140 screens overseas. 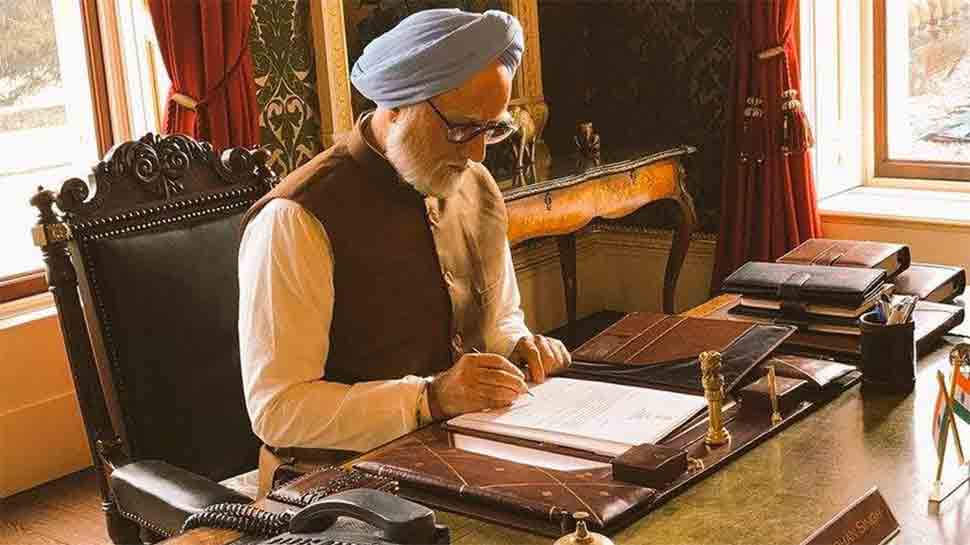 New Delhi: Anupam Kher's much-anticipated biographical 'The Accidental Prime Minister' is all set to arrive in theatres on Friday, i.e. January 11. Directed by Vijay Ratnakar Gutte and written by Mayank Tewari, based on the 2014 memoir of the same name by Sanjaya Baru. The film features Anupam Kher as Manmohan Singh, the economist and politician who served as the Prime Minister of India from 2004 to 2014 under the UPA.

The film will be released on 1,300 screens in India and 140 screens overseas, taking the total count to 1440 screens. This is for the Hindi version of the film. The Telugu and Tamil versions of the film will arrive in theatres on January 18, 2019 while the release date of the English version is yet to be decided by the makers.

Produced under the banner of Pen India Limited, the film also features Akshaye Khanna, Aahana Kumra and Arjun Mathur, among others.

Meanwhile, the film has been courting controversies ever since its trailer was unveiled by the makers a few days back. Several petitions have so far been filed against the release of the film and its trailer in courts across the country.

On Wednesday, the Delhi High Court dismissed a PIL filed by a Delhi-based fashion designer against the film on allegations that it defamed the constitutional post of the prime minister. As per PTI report, a bench of Chief Justice Rajendra Menon and Justice V K Rao said the petitioner has no locus standi to file the plea and private interest was involved in it.