Besides the lead actors, the official Twitter handle of Yash Raj Films too shared the first look of the protagonists in the flick. 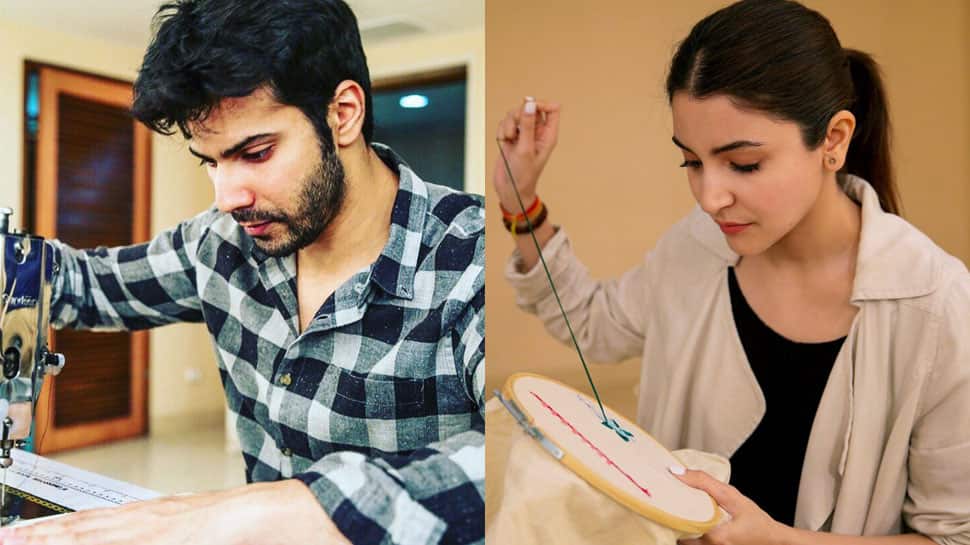 Besides the lead actors, the official Twitter handle of Yash Raj Films too shared the first look of the protagonists in the flick.

As Mamta and Muaji, Anushka and Varun come across as common people who live an extraordinary life.

The film will see Anushka and Varun as a couple on screen for the first time.

Talking about the new venture when the film was launched, Varun said, "From Gandhiji to Modiji, our country’s leaders have always endorsed the mantra of Made in India. With Sui Dhaaga, I am proud to take their message to millions of movie lovers in a manner that is entertaining and relevant. I really liked the script Sharat had written and I am happy that I am teaming up with YRF on this movie. Anushka and me are teaming up for the first time so I am sure there will be fireworks."

Anushka said, "I always get excited with unique ideas that have human interest stories. Sui Dhaaga is a story of self reliance that I believe will connect to the grassroots level with every Indian. And am really looking forward to work with Varun Dhawan and the team of Maneesh Sharma and Sharat Katariya."

The film is slated to release on September 28 this year.