The trailer of 'Arjun Patiala' will take you on a fun joy ride that you would not want to miss out on. Watch! 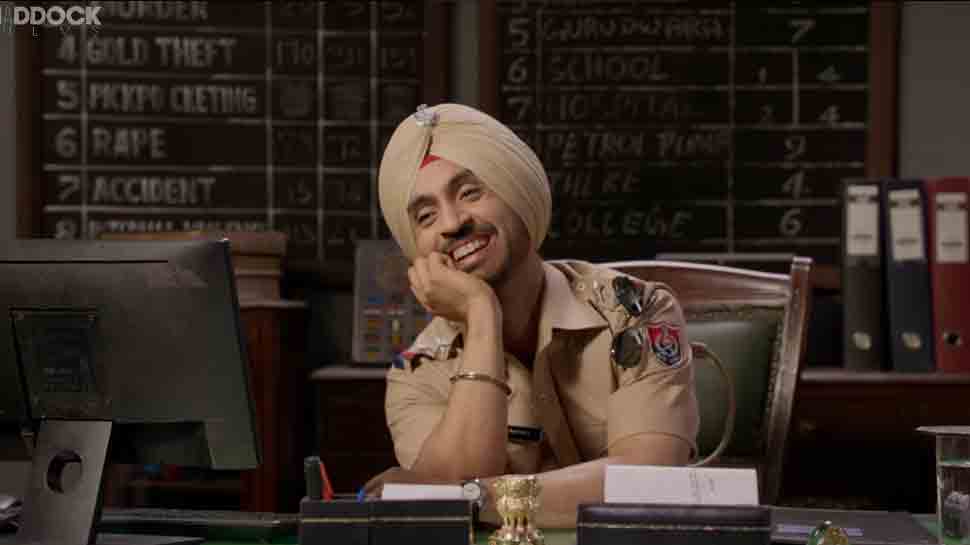 Mumbai: Diljit Dosanjh, Kriti Sanon and Varun Sharma's upcoming quirky-cop drama 'Arjun Patiala' has been making rounds for quite some time. On Thursday, the makers dropped the first official trailer of the film that everyone was waiting for.

Labelled as the 245th 'policewali picture of India', the film presents Diljit as a cop who is not muscular but cute. And though the actor has played a cop previously in 'Udta Punjab', this time, he will win your heart with his charming appearance. Kriti Sanon, who is the female lead, plays a dramatic but hot crime reporter while Varun Sharma is the other cop, named Onida Singh. Looking at the cast, one can expect some nerve-cracking sequences in the film.

It also boasts of the low budget, using a number of villains, a mandatory item song and maximum entertainment in the film.

Earlier, in a video shared by Diljit Dosanjh, the actor had promised to treat his fans with Hindi cinema's first real trailer. And the 2.27 long clip was exactly that.

The romantic cop spoof comedy has been directed by Rohit Jugraj and is co-produced by Bhushan Kumar and Dinesh Vijan under T-Series and Maddock Films. The film also stars Ronit Roy, Seema Pahwa, Mohammed Zeeshan Ayyub.

'Arjun Patiala' marks the first time collaboration of Kriti and Diljit. After getting postponed for a couple of time, the film is now scheduled to arrive in theatres on July 26, 2019.