Ayushmann Khurrana to star in a Karan Johar film?

As per a report in Filmfare, Ayushmann Khurrana has been approached for a Karan Johar film which is touted to be a romantic comedy. 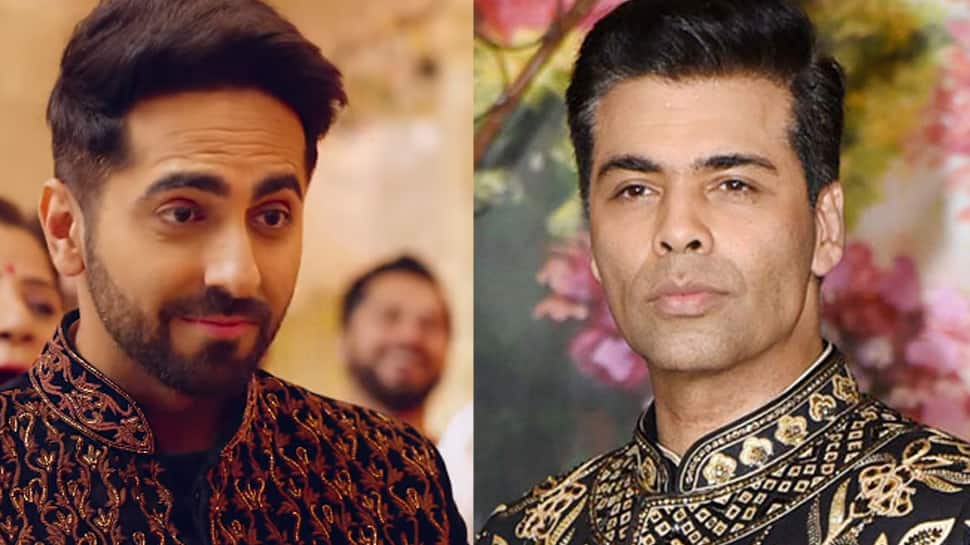 New Delhi: Bollywood actor Ayushmann Khurrana is basking in the success of his latest release, 'Bala'. With films like 'AndhaDhun', 'Badhaai Ho' and 'Dream Girl' already to his credit, the Amar Kaushik directorial added another feather to his cap.

Known to choose content-rich scripts and doing a fabulous job in bringing them alive, Khurrana is the new favourite of filmmakers and the audience.

And now, he might just star in a Karan Johar film. Yes, you read that right. (Pay attention to the 'might' though)

As per a Filmfare report, Ayushmann has been approached for a Dharma Productions film which is touted to be a romantic comedy. However, there is no official confirmation on the same from either Ayushmann or K Jo.

Guess time will answer if the 'Vicky Donor' actor is indeed collaborating with Johar.

The period-drama has been high on the buzzword ever since it was announced.

Vidyut Jamwal's Commando 3 slows down at the Box Office