Bhoot: Part One - The Haunted Ship

'Bhoot: Part One - The Haunted Ship movie review': Directed by Bhanu Pratap Singh, the film also stars Bhumi Pednekar and Ashutosh Rana in pivotal roles. The teasers and trailer of the film were quite impressive and it was quite evident that it isn't for the weak-hearted. 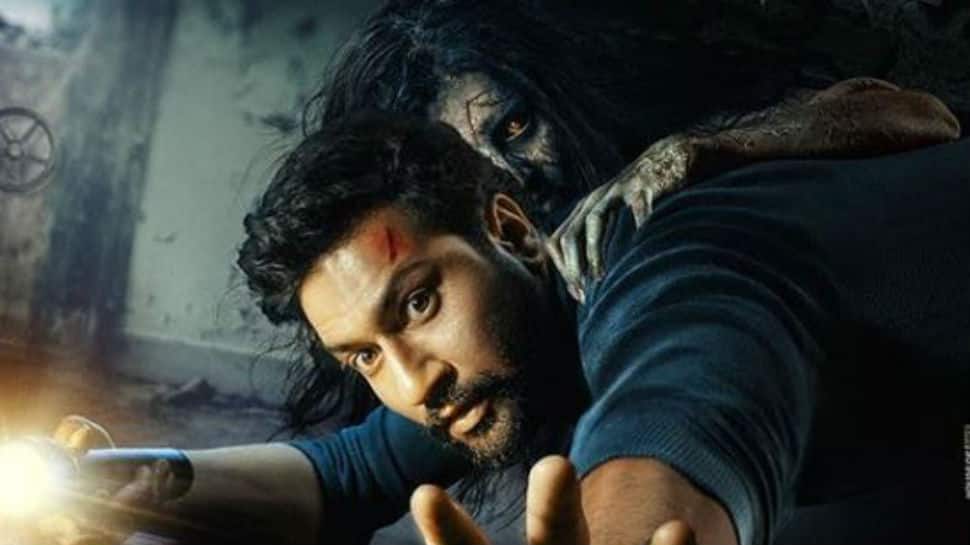 Vicky Kaushal's 'Bhoot: Part One - The Haunted Ship' hit the screens on Friday and going by most of the reviews, it appears that the actor has managed to win over the critics and movie-goers by his acting skills. 'Bhoot: Part One - The Haunted Ship' is Vicky's first film after the 2019 blockbuster 'Uri: The Surgical Strike', which raised the bar very high for him as it won several accolades and also a National Film Award for him. It is for the first time Vicky has starred in a horror flick and he recently admitted that though he is scared of watching horror films, yet he took up 'Bhoot' as was a "great opportunity for him to explore the genre both as an actor and as audience."

'Bhoot' is directed by Bhanu Pratap Singh and also stars Bhumi Pednekar and Ashutosh Rana in pivotal roles. The teasers and trailer of the film were quite impressive and it was quite evident that it isn't for the weak-hearted.

'Bhoot: Part One - The Haunted Ship' follows a couple on an abandoned ship lying static on a beach. It is based on a true incident that took place in Mumbai. It is jointly produced by Hiroo Yash Johar, Apoorva Mehta, Shashank Khaitan and Karan Johar.

Now, since you've got a refresher about 'Bhoot: Part One - The Haunted Ship', here is the film's review, as put up by BollywoodLife.

"Bhoot: Part One - The Haunted Ship' starts off on a genuinely scary note. The first half is devoted to the build-up and some of it is quite chilling. Vicky Kaushal does a good job of playing Prithvi, a young man suffering from depression and hallucinations. The mood of the film is eerie and creepy all through. It makes you sit up and how. Bhumi Pednekar is radiant in her cameo but Ashutosh Rana's character comes across as comical.

The first half takes up a lot of your time and the film might disappoint some with its storyline. While the second half is eventful, it looks quite predictable after a point.

Overall, 'Bhoot: Part One - The Haunted Ship' is a good film to enjoy over popcorn. It is a sound product technically and the production will impress you. Moments from the film will stay with every horror film buff. It is a good one time watch."