The picture, shared by team '83 on social media, features Ranveer Singh as Kapil Dev and Deepika Padukone as Romi Dev. The couple looks at each other and smiles ear to ear. Both of them bear an uncanny resemblance to Kapil and Romi Dev. Deepika also sports a short hairdo just like Romi Dev. 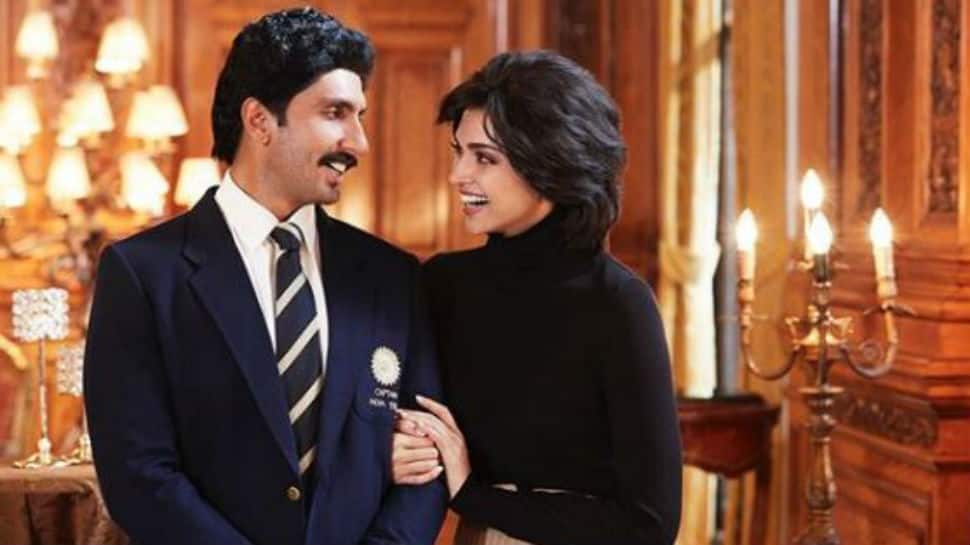 New Delhi: Finally, here it is! The makers of Ranveer Singh's '83 on Wednesday released the first look of Deepika Padukone as Romi Dev, wife of legendary cricketer Kapil Dev, from the much-anticipated film. The picture, shared by team '83 on social media, features Ranveer as Kapil Dev and Deepika as Romi. The couple looks at each other and smiles ear to ear. Both of them bear an uncanny resemblance to Kapil and Romi Dev. In fact, Deepika also sports a short hairdo just like Romi Dev. The picture also shows Ranveer is in a Team India blazer while Deepika is seen in a black and cream outfit.

Now, with a much ado, take a look at Deepika's first look as Romi Dev from '83. "When the world didn't believe in him, she stood by him to support his dream. Presenting Deepika Padukone as Romi Dev," read the caption.

The internet is clearly impressed by how Deepika has pulled off her look as Romi Dev. A comment read, "What a look" while another person wrote, "Nailed it."

Directed by Kabir Khan, '83 is slated to release on April 10.