Over the weekend, 'Batla House' earned close to Rs 19 crore while on Monday and Tuesday the total collections were recorded at Rs 9.83 crore. 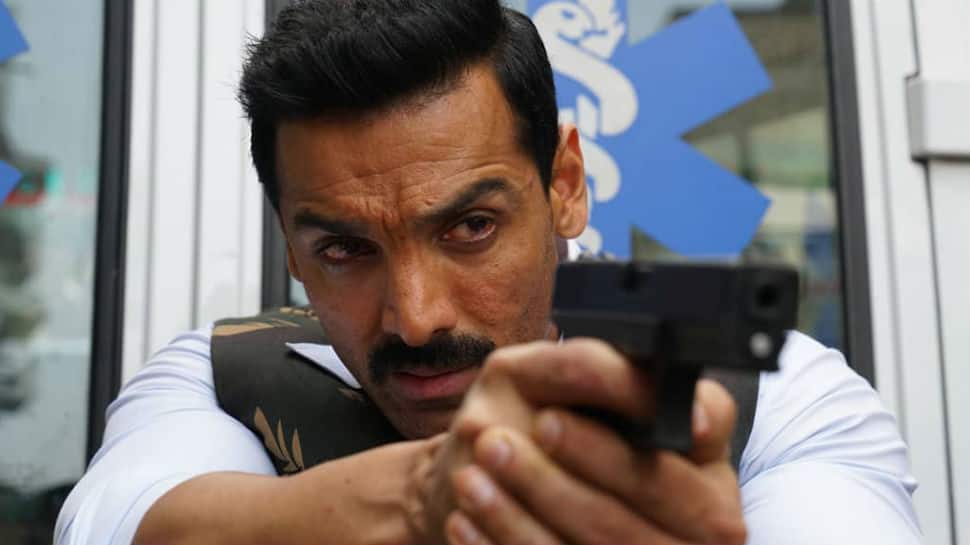 'Batla House', starring John Abraham, has earned Rs 57.82 crore at the box office, trade analyst Taran Adarsh reported on Wednesday. The film released on Independence Day along with Akshay Kumar's 'Mission Mangal', and will on Thursday complete a week of its run it the theatres.

Taran Adarsh also said that 'Batla House' is 'steady on weekdays' and 'should collect well' till the release of Prabhas and Shraddha Kapoor's 'Saaho'.

Over the weekend, 'Batla House' earned close to Rs 19 crore while on Monday and Tuesday the total collections were recorded at Rs 9.83 crore.

In numbers, 'Batla House' is way behind 'Mission Mangal', which is already at Rs 114.39 crore.

This isn't for the first time that Akshay and John have opened their respective films on  Independence Day. In 2018, Akshay's 'Gold' and John's 'Satyamev Jayate' released on the same day.

'Batla House' is based on the 2008 Operation Batla House encounter in New Delhi. The film, directed by Nikkhil Advani, also features Mrunal Thakur, Ravi Kishan, Prakash Raj among others.