Actor John Abraham, who is gearing up for the release of his forthcoming film "Romeo Akbar Walter", has said he is doing back to back patriotic films by default, and not by design. 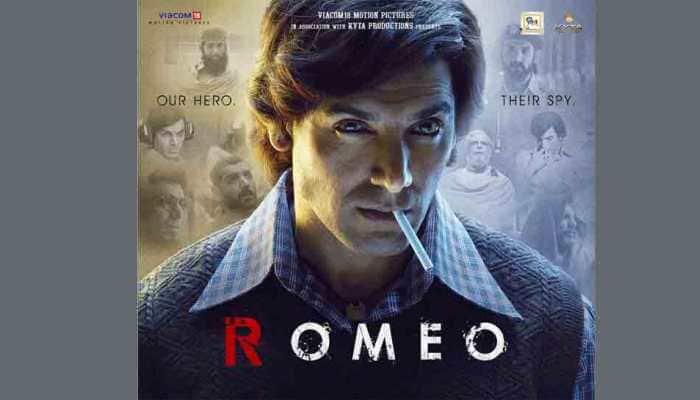 Mumbai: Actor John Abraham, who is gearing up for the release of his forthcoming film "Romeo Akbar Walter", has said he is doing back to back patriotic films by default, and not by design.

John said this on Wednesday while interacting with the media here to promote "Romeo Akbar Walter".

The actor has worked in patriotic films like "Madras Cafe", "Parmanu: The Story of Pokhran" and "Satyameva Jayate" in the past and now, he is coming up with a spy thriller film.

Asked whether doing back to back patriotic films is a conscious decision on his part, he said: "Its a sheer coincidence that I am doing it with every film. Of course, I love my country and I think anybody who doesn't love his country has a problem... I feel it's by default and not by design."

John also cleared that he is not following any industry trend, he said: "After this film, I am doing a comedy film 'Pagalpanti' with Anees Bazmee and after that, I am producing a film on motor-cycle racing so, I am not following any specific trend.

"When I produced 'Vicky Donor', it became a trend-setter. Films like 'Badhaai Ho' and 'Shubh Mangal Saavdhan'... everything happened after that," he said.

"When audience will see 'Romeo Akbar Walter', they will realise that it's a different film because it's not a regular patriotic film. There are many shades of grey and when people will see my character in the film, they will wonder if he is a spy or hero or traitor?"

Working on 'Brahms: The Boy II' was 'pretty terrifying' for Katie Holmes