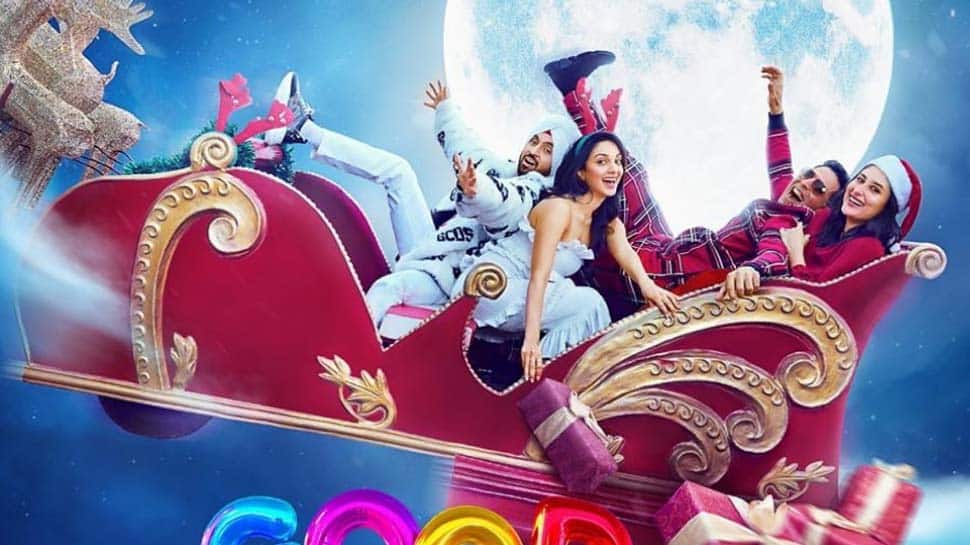 The good news about Akshay Kumar's latest release is it fulfils that above precondition. It's cheesy and predictable, but "Good Newwz" balances its drama with plenty of laugh-out-loud moments to keep a constant stream of humour coming in, and never straying from its core plot. If the entire plot had practically become obvious from the trailer, the film still manages to keep you engaged till the very last frame through a near-runtime of two hours and 15 minutes.

The key, one reckons, lies in smart writing. A mainstream comedy, more than the story it narrates, is about how it narrates that story. In the case of "Good Newwz", the content is unusual by Bollywood standards. Credibly, debutant director Raj Mehta and co-writer Jyoti Kapoor have set up a taut narrative that, despite aiming to score as a light watch, is never flippant. The film is assured, albeit simplistic, and despite its quota of melodrama in the second half, never loses its brisk pace.

Akshay Kumar and Kareena Kapoor are Varun and Deepti Batra, an upscale urban couple who are out to have a baby through IVF. At the clinic, they come across another young couple -- the very desi duo of Honey (Diljit Dosanjh) and Monika (Kiara Advani) -- who are incidentally also Batras.

The likeness of their surnames is what gives the story its wild twist. Deepti and Monika are successfully impregnated, all right. But the clinic has goofed up between the two pairs of Batras. Deepti's egg has been fertilised by Honey's sperm, while Monika ends up carrying Varun's child.

The film picks a contemporary urban story with characters that will appeal to modern mindsets, and crafts a conventional entertainer out of it without resorting to cliches. There is an element of the outlandish about the plot, executed without losing touch of the commercial Bollywood idiom.

"Good Newwz" accommodates solid roles that let its four lead stars, essaying the two sets of Batras. Akshay Kumar is genuinely funny and Kareena strikes the vintage rom-com form we last saw in "Jab We Met". Diljit Dosanjh and Kiara Advani tend to overdo the loud Punjabi act, but manage a few laughs along the way. Between them, Varun-Deepti and Honey-Monika occupy almost all frames of the film, leaving just about sufficient space for the only two other important characters to excel -- Adil Hussain and Tisca Chopra as the expert doctors.

In that sense, "Good Newwz" must be a rare commercial Bollywood comedy without too many characters -- not even a sidekick for the hero. The mandatory mummy-daddies, chachis and mausis (necessary to nag the couples for a child) are neatly done away with after formal footage in the early parts, allowing more of the screenplay to focus on the four main players of the comic drama.

The film manages to throw in the essential moral science lesson in the end, but the comment -- about responsibilities of parenthood, as men and women often differently regard it -- is never too heavy to overshadow the film's feel-good zeal.

The film is good news – or "Good Newwz" (spell it any which way) -- for the buffs in the festive season. Bollywood's 2019 has ended on a happy note.