Tonnes of memes have erupted on the micro-blogging site after Chichi Bhaiyaa's latest claims about James Cameron's 2009 blockbuster 'Avatar'.

New Delhi: Actor Govinda, who has been missing from the big screen for some time now, took everyone by surprise when he claimed that he was approached by Hollywood filmmaker James Cameron for a role in 2009 blockbuster 'Avatar'. In addition, the actor also said that it was he who suggested 'Avatar' title to Cameron.

The actor while speaking on the show, said that Cameron wanted him to shoot for at least 410 days for the film with paint on his body, which he couldn't do, and hence turned down the role. And though the 'Naseeb' actor didn't mention it on the show, it appears that he was offered the role, eventually played by Sam Worthington in the film.

However, social media users aren't really buying his latest claims. While some wondered if the actor was being sarcastic, others felt that it was the usual Govinda's jokes. Whatever the truth is, Twitter could not help but break into laughter.

In the meantime, a rally of memes has erupted on the micro-blogging site over Chichi's latest claims. Take a look:

It might be a joke from Govinda that News agency took seriously.._ — #ARNABnakshal (@TweetvaChan) July 30, 2019

#Govinda turned down the role in Avatar because he was busy campaigning for UK Prime Minister_ pic.twitter.com/zxgnCWIdgk — Ammu Bahuguna (@Ammu_00_7) July 30, 2019 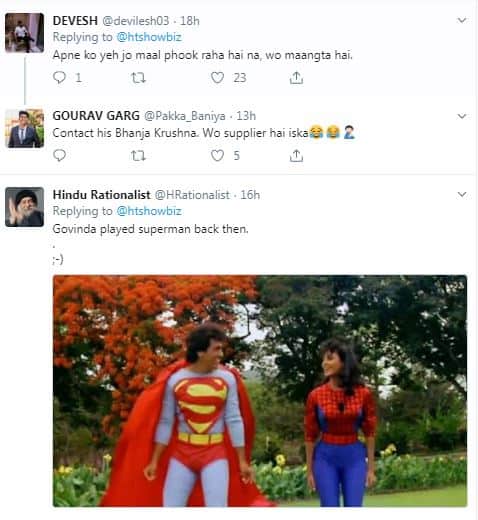 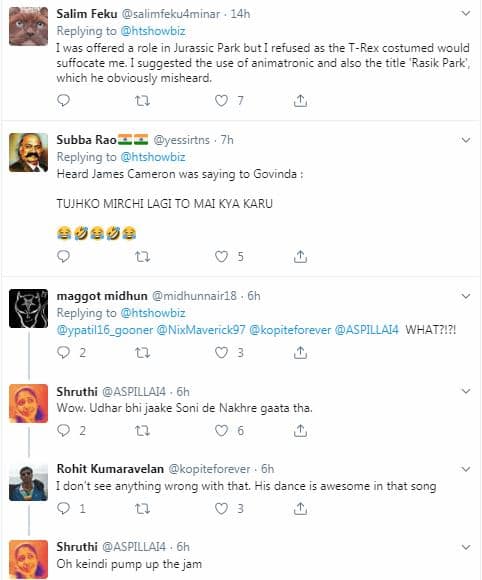 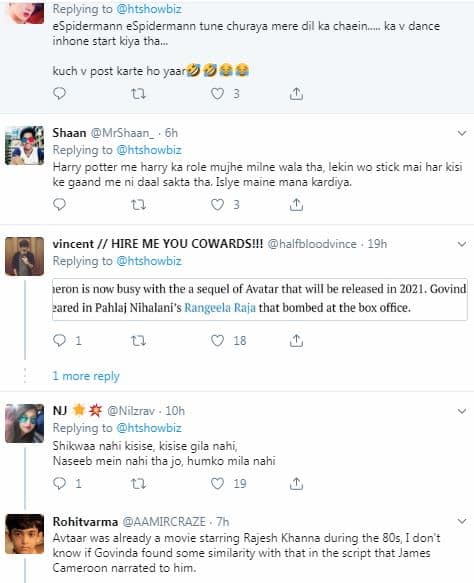 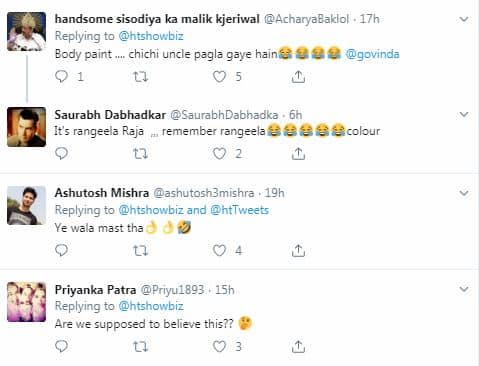 Coincidentally, Govinda was also a part of a Hindi film, 'Avatar' in 2012, almost three years after Cameron's 'Avatar' arrived in theatres; however, the Bollywood film never saw its release. The actor also claimed that he was originally offered 'Gadar', 'Taal', 'Chandni' and of Jackie Shroff's in 'Devdas', but couldn't do them as he had his reasons.

On the work front, he was last seen in Pahlaj Nihalani's 'Rangeela Raja', which tanked at the Box Office.

Cameron, on the other hand, is busy with the sequel of 'Avatar' that will be released in 2021.

Released in 2009, 'Avatar' became the highest-grossing film worldwide and remained so for almost a decade, before being overtaken by 'Avengers: Endgame' in 2019. Following the massive success of the film, Cameron signed with 20th Century Fox to produce four sequels. The principal filming of 'Avatar 2' and 'Avatar 3' have completed and the films are scheduled to be released in December 21 and December 23.