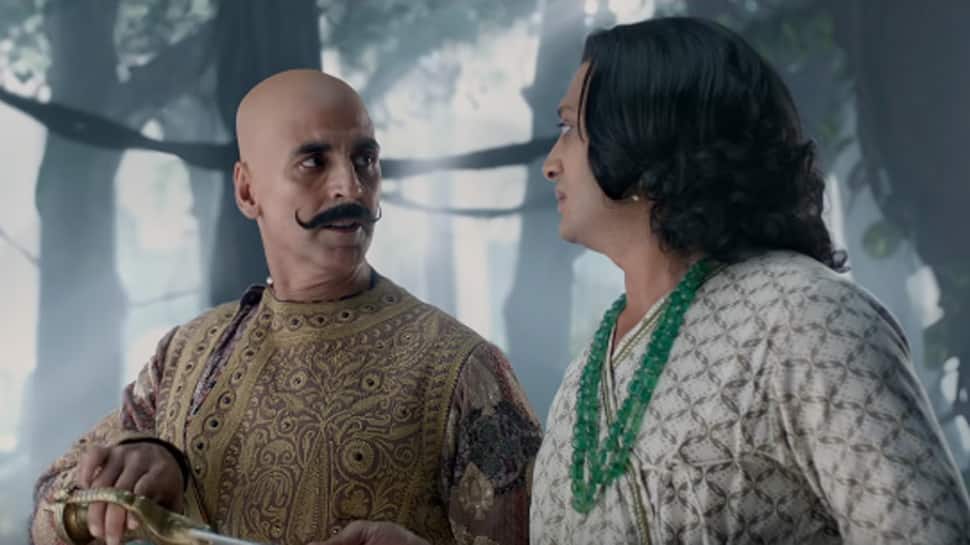 New Delhi: The trailer of highly-anticipated comic entertainer 'Housefull 4' has been unveiled and excitement is in the air! The film stars Akshay Kumar, Riteish Deshmukh, Bobby Deol, Kriti Sanon, Pooja Hegde and Kriti Kharbanda in lead roles. From the trailer, it is evident that like the previous films of the franchise, part 4 will also be a confusing, and entertaining ride.

The trailer opens up with Akshay saying, “Kehte hain itehaas apne aap ko fir se doharata hai'', which establishes the theme of the film—Reincarnation comedy. What follows are 3 minutes and 36 seconds of chaos and laughter.

The highlight of the trailer remains Riteish's entertaining act and we are quite excited to watch him weave some magic on the siver screen! Akshay and Bobby are entertaining, as always and the three lead actresses look beautiful as Indian Princesses.

The film is helmed by Farhad Samji with Sajid Nadiadwala as the producer.