The makers have unveiled the new posters for the Chinese audience. 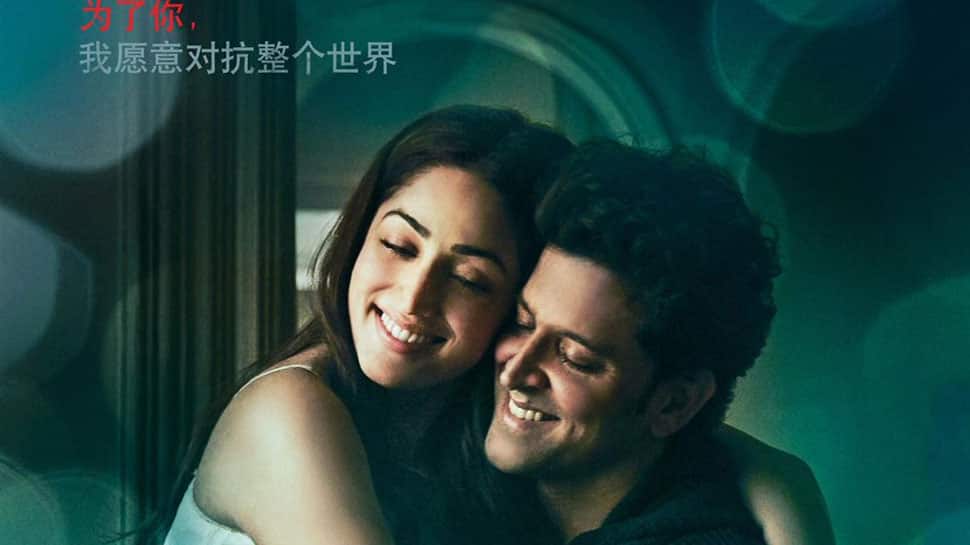 New Delhi: Desi Greek god Hrithik Roshan and 'Vicky Donor' actress Yami Gautam's intense thriller 'Kaabil' initially released in India in 2017. It clashed with Shah Rukh Khan's 'Raees' at the Box Office. After enticing the audience with their powerful act, the movie is set to hit the screens in China.

China has a wide audience for Bollywood movies. Recently, Ayushmann Khurrana's 'Andhadhun' and late legendary actress Sridevi's 'Mom' swept the China Box Office by a huge margin. Now, it's Hrithik starrer to leave its impact at the masses.

#Kaabil to release in #China on 5 June 2019... Here's the poster for the local audience: pic.twitter.com/o09TBVx1ML

Another poster of #Kaabil for the local audience in #China... #Kaabil is Hrithik's first film to release there... 5 June 2019 release. pic.twitter.com/5RyoukE9n0

The makers have unveiled the new posters for the Chinese audience. The film will release in China on June 5, 2019.

Noted film critic and trade analyst Taran Adarsh took to Twitter and shared the news. #Kaabil to release in #China on 5 June 2019... Here's the poster for the local audience:

'Kaabil' is directed by Sanjay Gupta and produced by Rakesh Roshan. The music was composed by Rajesh Roshan and written by Sanjay Masoom.

The screenplay and story are by Vijay Kumar Mishra.