The comedy flick is slated to release for an Independence Day weekend release next year, on August 14. 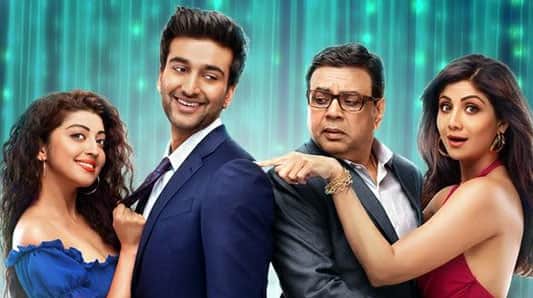 Mumbai: Priyadarshan's 2003 laughter riot "Hungama" is all set to get a sequel. The comedy titled "Hungama 2" stars Shilpa Shetty and Paresh Rawal alongside Meezan and Pranitha Subhash.

"Hungama 2" will mark Priyadarshan's return as director to Bollywood for the first time since the 2013 release, "Rangrezz".

The comedy flick is slated to release for an Independence Day weekend release next year, on August 14.

Shilpa Shetty took to Twitter to share the film's first poster with fans. The poster features all the four lead actors and reads, "confusion unlimited".

The actress tweeted: "Happy to be a part of the reboot of everyone's favourite comedy entertainer #Hungama2! Grateful to be working again with Ratanji who introduced me to this industry and @priyadarshandir Sir for the first time. @rtnjn @meezaanj @pranitasubhash @venusmovies @hungama2film".

The original film which released in 2003, starred Akshaye Khanna, Paresh Rawal, Aftab Shivdasani and Rimi Sen among others.