Kangana's sister Rangoli is known for voicing her opinion on the latest happenings. 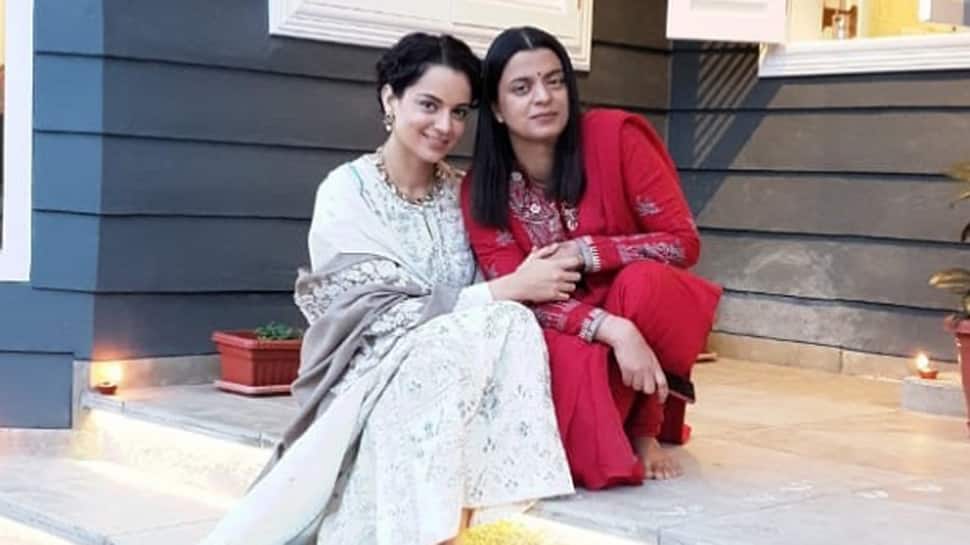 New Delhi: Bollywood actress Kangana Ranaut's sister Rangoli is known to be quite vocal on social media. She is often seen raising objections and sharing her opinions on social media.

Rangoli has previously lashed out at a number of actors and other well-known people from the industry for various reasons. She is also famous for giving out to those who target or question her sister Kangana.

This time, Rangoli slammed Karan Johar and the entire Bollywood industry for coming in support of Salman Khan's period-drama 'Bharat'. Taking to Twitter, she wrote, "Bolly industry Salman Khan ki chaploosi mein jut chuki hai, KJO is leading the chaploosi pack, humko bhi seekhna hai yaar peeche se chugali aur saamne chaapalusi yeh kaise hota hai." (The entire Bollywood industry is playing sycophant to Salman Khan with Karan Johar leading the pack. I too want to learn how to be a sycophant in front of the people and criticise them behind their backs.)

The celebs were seen praising the film for its gripping story and Salman for giving a stellar performance. After watching 'Bharat', Karan had said, "Loved it. And I think it’s really going to be a mammoth hit."

Several Bollywood personalities even took to social media to praise the film, which opened in theatres on the occasion of Eid. Anil Kapoor, Neha Dhupia, Guru Randhawa, Kapil Sharma were among the celebrities who talked about the film and hailed Salman's role in it.