However, he is disappointed that nobody from the film fraternity raised their voice over the controversy around the movie. 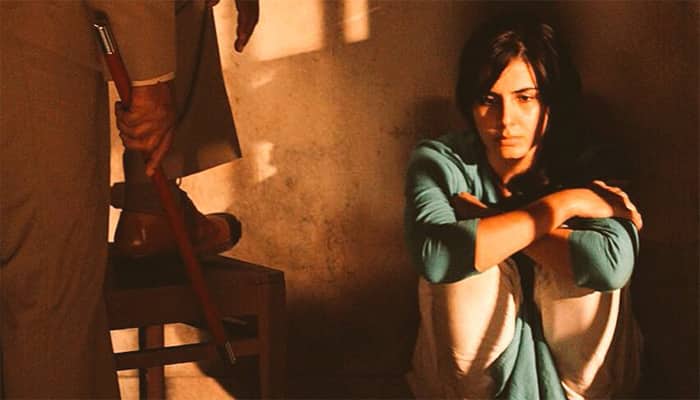 New Delhi: Filmmaker Madhur Bhandarkar is happy that his film "Indu Sarkar" has finally been cleared by the Central Board of Film Certification (CBFC) Revising Committee with U/A certificate, two cuts and one disclaimer, which he says haven't taken the essence of the movie away.

However, he is disappointed that nobody from the film fraternity raised their voice over the controversy around the movie.

Asked about the number of cuts that the film has finally got, Bhandarkar told IANS on Tuesday: "It has been passed by the Revising Committee of the CBFC with a U/A certificate. They have given the film two cuts, have asked to beep a few words and want us to put one disclaimer."

On being prodded about the details of the cuts, he said: "Let's leave that... But I'm very happy with the Revising Committee's decision as they have kept the essence of the storyline alive."

The Examining Committee of the CBFC had initially suggested 12 cuts and two disclaimers, including removal of words like RSS and Akali from "Indu Sarkar" -- much to the dismay of the National Award winning director who is known for gripping dramas.

At a press conference here for the film on Tuesday, Bhandarkar said he feels "sad" that nobody stood by his side from the entertainment industry even when he supported "Udta Punjab" and "Ae Dil Hai Mushkil" when these films got mired in controversies during their release.

"It feels really sad that I as a filmmaker always stood with the film fraternity -- whether it was regarding 'Udta Punjab' or 'Ae Dil Hai Mushkil' or any other film... But they must have had their own problems. That's why you get angry when you see such selective activism," Bhandarkar said.

"Today what has happened to me, might happen with somebody else tomorrow. So, if you will support people as per your convenience, that won't work. Really this has saddened me as I wanted the film fraternity to come on a stage or tweet about this film, but that didn't happen," Bhandarkar lamented.

"The kind of atmosphere that was created in Nagpur and Pune -- that's really sad," he added about the protests in both cities.

The path for release was also cleared for "Indu Sarkar" after the Bombay High Court rejected the petition filed by Priya Singh Paul, who is claiming to be the biological daughter of late Congress leader Sanjay Gandhi, for asking "Indu Sarkar" to be put on hold.

Commenting about the string of controversies that the film got embroiled in, the "Fashion" and "Page 3" director said: "They (people) should not play politics through this film and should not involve PM in it. They should see it as a film and not find politics in it. This film is a mixture of fiction and real events."

"I want to request them that all the leaders (of Congress) should see what happened to us in Nagpur and Pune, and ask their party members to not do this and let the film release easily," Bhandarkar said, adding that all theatres should be given police security so that nobody's property is damaged.