Manikarnika: The Queen of Jhansi movie review—Kangana Ranaut's intense action makes it a must watch!

While the characters are celebrating and living life in the first half, the second half is full of intense action the moment it begins. 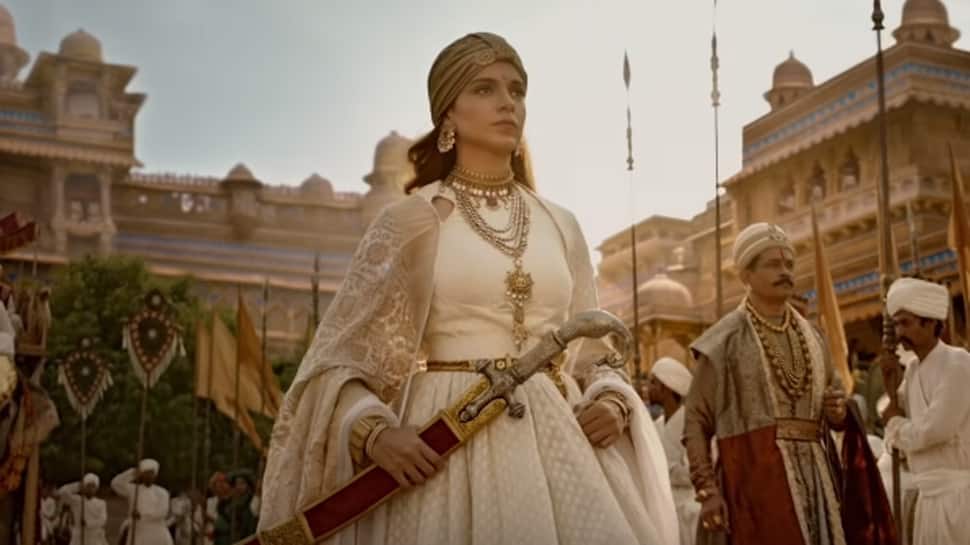 Manikarnika: The Queen of Jhansi opens up with megastar Amitabh Bachchan's powerful voice, which tells us that we are about to witness the glorious journey of the valiant queen Laxmibai of Jhansi. Shortly after that, we see the young and beautiful Manikarnika, aiming her bow at a tiger. From the moment Kangana Ranaut makes her entry as the warrior princess, it is evident that she is the star of the film. Everything about her—from the curly hair to that spark in her eyes—all exude an irresistible charm, so much so that she is chosen as the perfect bride for the King of Jhansi.

The first half of 'Manikarnika' focuses on Queen Laxmibai's role as a wife and a royal. She is a free-spirited woman, who loves her husband and supports him in his royal duties. She has a strong sense of justice and doesn't hesitate in defying 'traditions'. Actor Jisshu Sengupta aces his role as Gangadhar Rao, the King of Jhansi.

Popular television actress Ankita Lokhande makes her Bollywood debut by playing Jhalkari Bai and makes her entry as a chirpy village woman who is full of life. Lokhande fits the bill and how! Atul Kulkarni as Tātyā Tope and Danny Denzongpa as Ghulam Ghaus Khan do full justice to their roles and bring their own charm on-screen.

We are shown the atrocities carried out by the English East India Company against Indians. Whether it is emphasising on the signboard 'Dogs and Indians not allowed', or the brutality with which the people of Jhansi were treated, certain sequences in the film will evoke the rebel within you.

Coming back to the plot, Laxmibai and Gangadhar's paradise is soon interrupted when the latter's untimely death makes the Throne of Jhansi vulnerable to the British.

What follows after King Gangadhar's death forms the second half of the film.

While the characters are celebrating and living life in the first half (which appears to be slightly lingering), the second half is full of intense action the moment it begins. Hollywood action director Nick Powell has done a great job and Kangana leaves fans applauding in the theatres the way she swings that sword.

The film also uses cinematic devices as in one of the action sequences, Kangana is juxtaposed against the idol of Goddess Durga and looks majestic.

The dialogues are extremely powerful and evoke patriotism from time-to-time.

The film's climax, however, seems to be a little abrupt. But then, the intense action and a blend of humour and emotions that it evokes in the 2 hours 30 minutes screen time makes it a must watch for cinema lovers.

Watch it for the intense moments of thrill that it has to offer and for the lead actress, who has also turned a director with this venture. As a first time filmmaker, Kangana has proven her skills and the film stands victorious.

Kangana Ranaut's 'Manikarnika: The Queen of Jhansi' gets a massive 3000 screen count in India