Director Priyadarshan says nothing has been decided regarding "Hera Pheri 3". 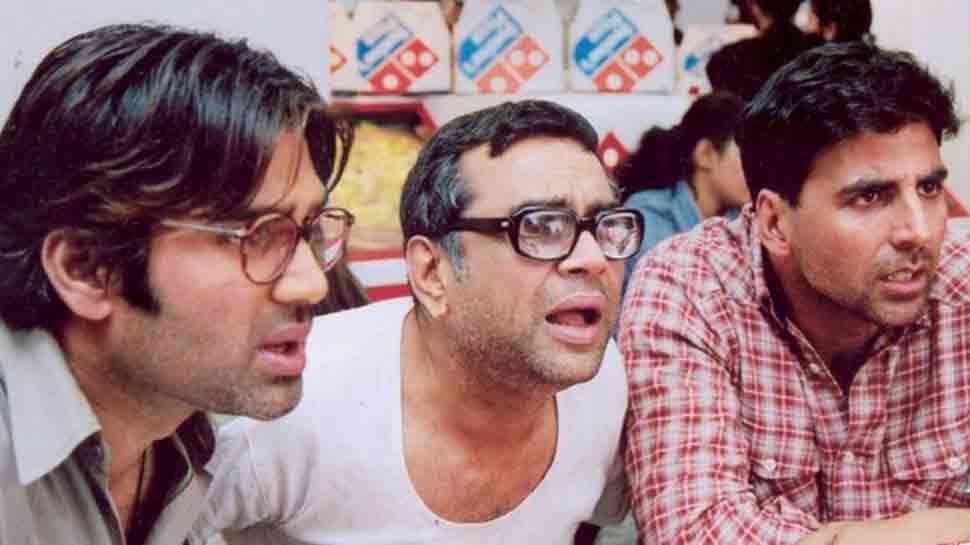 Thiruvananthapuram: Director Priyadarshan says nothing has been decided regarding "Hera Pheri 3".

According to media reports, Priyadarshan has been locked to helm the third film in the franchise, 19 years after he directed the first film which was a remake of the 1989 Malayalam film "Ramji Rao Speaking".

However, Priyadarshan told IANS: "It is true that I had one meeting with producer Firoz A. Nadiadwala and that was it. Nothing is decided and I can't say whether if this will happen."

He said that superstar Akshay Kumar is interested in the project, but that is about it. Nothing beyond that has happened, he asserted.

It was "Hera Pheri", starring Akshay Kumar, Suniel Shetty and Paresh Rawal, in 2000 that gave the Kerala director the biggest boost to his career in Bollywood.

"At the moment, I have finished the filming of my present film 'Marakkar: The Lion of the Arabian Sea'. I did it in 104 days and the 63 old in me is completely drained. The post-production is presently on in Chennai and my son Siddarth has come from the US as he is the 'visual producer' of the film. He says he needs eight months for it and after that I need three months to wrap it up," said Priyadarshan.

The film, he said, will release next year.

"So my hands are tied, and hence, at this moment I can only say, nothing is decided on 'Hera Pheri 3'," he added.

Asked whether after seeing his film's rushes at the editing table, is he is happy about how things have turned out, the 'director' in him spoke.

"Never ask a director if he is happy, because everyone is insecure about his product and it's too early for me to say."