The new poster of Saaho is out and has set expectations high for the action-thriller, which is set to hit screens on August 30, 2019. 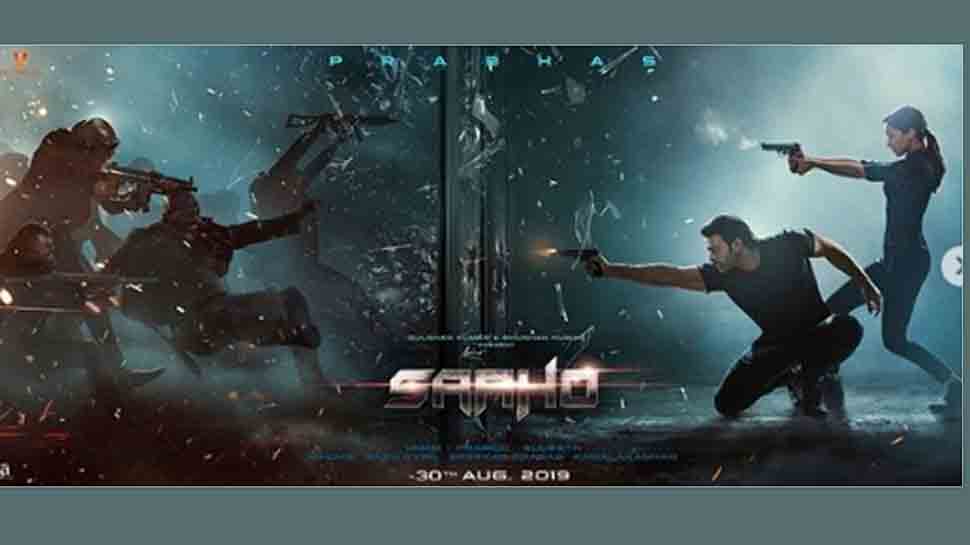 New Delhi: Prabhas and Shraddha Kapoor starrer 'Saaho' is one of the much-anticipated films of the year. The action-thriller will see Prabhas return to the 70 mm screen after a gap of two years. The film is also important as it marks Prabhas' debut in Hindi and Shraddha's debut in south Indian cinema.

Prabhas and Shraddha have teamed up for a project for the first time.

'Saaho' is all set to arrive in theatres on August 30, a fortnight after it was originally scheduled to, due to a delay in post-production related work. The film, therefore, has also averted a Box Office clash with Akshay Kumar's 'Mission Mangal' and John Abraham's 'Batla House', both releasing on Independence Day.

In the meantime, the action-star on Thursday decided to treat his fans with a fresh new poster of the film, showing him and Shraddha performing some breathtaking stunts. "Hi Darlings! Hope you liked this action poster.. #Saaho coming on 30th August !#SaahoOnAugust30," he captioned the photo.

Shraddha too shared the poster on her Instagram and captioned it, "Breathtaking action like you’ve never seen before! Witness India’s biggest action thriller this August. #Saaho releasing worldwide on 30.08.2019."

Needless to say that the poster has received a great reception from the fans and has left them mighty impressed.

The film is directed by Sujeeth and produced by UV Creations and T-Series. It has been shot simultaneously in Hindi, Tamil and Telugu. Apart from Prabhas and Shraddha, the film also features Jackie Shroff, Neil Nitin Mukesh, Arun Vijay, Vennela Kishore, Evelyn Sharma, Chunky Pandey, Mandira Bedi, Tinnu Anand among others.

'The Lion King' roars at the box office—Check out collections