Rishi Kapoor is undergoing medical treatment in the US. 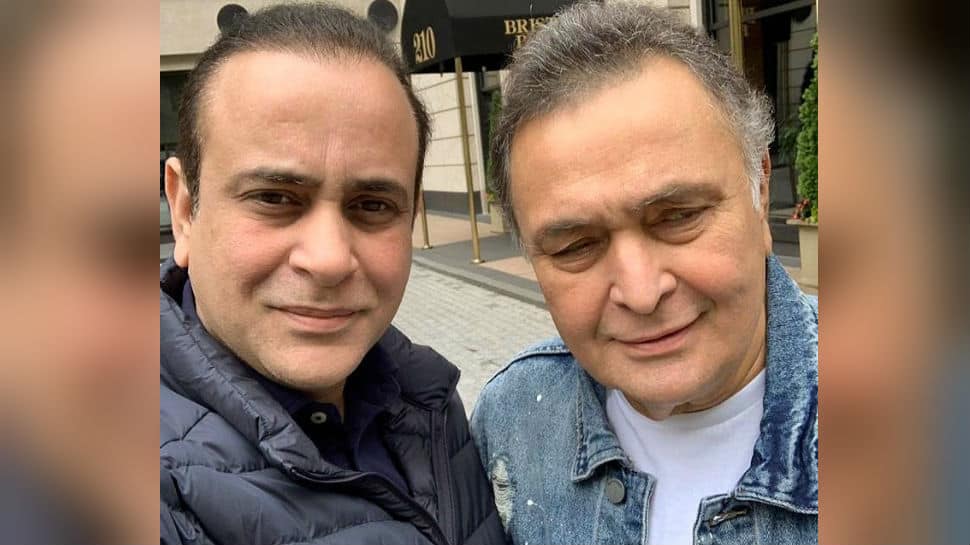 Rishi Kapoor and his wife Neetu Kapoor, who are currently in New York, have been hosting a stream of visitors at their home and recently, businessman Nikhil Nanda dropped by to see the couple.

Nikhil is Rishi Kapoor's elder sister Ritu Nanda's son. He is married to Shweta Bachchan Nanda with whom he has two children - daughter Navya Naveli and son Agastya.

A picture of Nikhil and Rishi Kapoor was recently shared by Neetu on Instagram with the best caption: "My all-time favorite. Purest with a heart of gold!!! Can't find like him in a crowd of fake people."

My all time favorite @nikhil_nanda purest with a heart of gold !!! Can’t find like him in a crowd of fake pple #asrealasrealgets

The photo has been liked by celebs like Abhishek Bachchan, Sonali Bendre, Ekta Kapoor, Neelam Kothari and others. "Best," wrote Abhishek in the comments section while Rishi and Neetu Kapoor's daughter Riddhima Kapoor Sahni also posted a similar comment.

The 66-year-old actor has been undergoing medical treatment in New York since  September 2018. A month ago, he opened up about his illness and said that he is now cancer-free.

“My eighth month of treatment started on May 1 in the US. But God has been kind! I am in remission, meaning now I am cancer-free,” he told Deccan Chronicle in a interview.