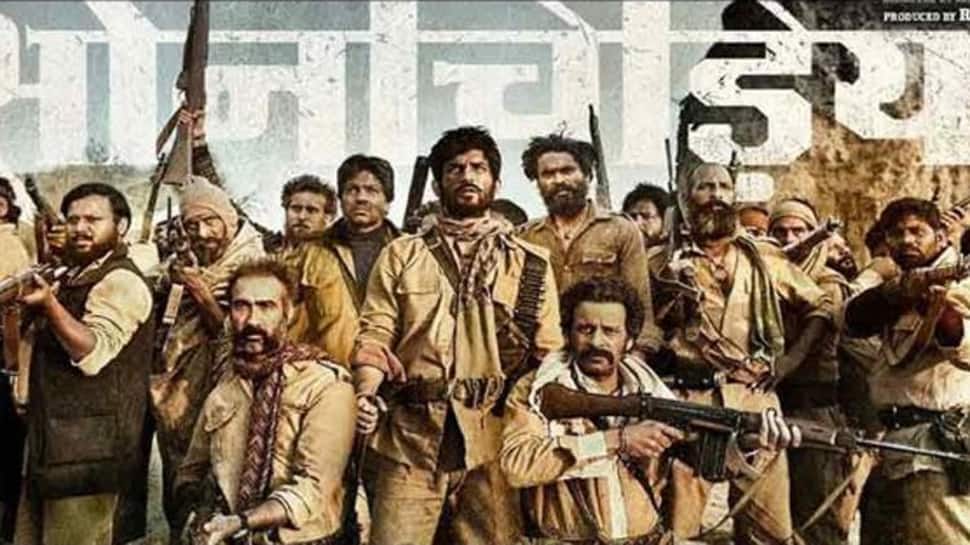 New Delhi: Filmmaker Abhishek Chaubey, known for making movies such as 'Ishqiya', 'Dedh Ishqiya' and 'Udta Punjab' is back with yet another entertainer titled 'Sonchiriya'. His expertise lies in presenting the rustic belt of the country and through his characters, a strong point is often highlighted.

'Sonchiriya' has some of the most brilliant performers together. The makers have unveiled a new trailer and it certainly has upped our excitement levels to watch this one.

It shows Sushant Singh Rajput, Manoj Bajpayee, Ranvir Shorey and Ashutosh Rana mouthing some kickass dialogues and in a thick local accent. The whole atmosphere has been given a desi feel. It is a rebel journey of Chambal where dacoits are fighting it out and how!

The film features Sushant Singh Rajput, Bhumi Pednekar, Manoj Bajpayee, Ranvir Shorey and Ashutosh Rana. The storyline will take the viewers on a ride to Chambal as that's where the plot kicks off.

The film is set to hit the screens on March 1, 2019. This is the first time that Sushant will be seen playing a dacoit on-screen along with Bhumi Pednekar. The two have never been paired opposite each other.