Watch the film for the heart touching and gripping story it presents. Hrithik as a mathematician has played his role with much sincerity and has done a commendable job. Overall, his excellent performance made 'Super30' a delight to watch. 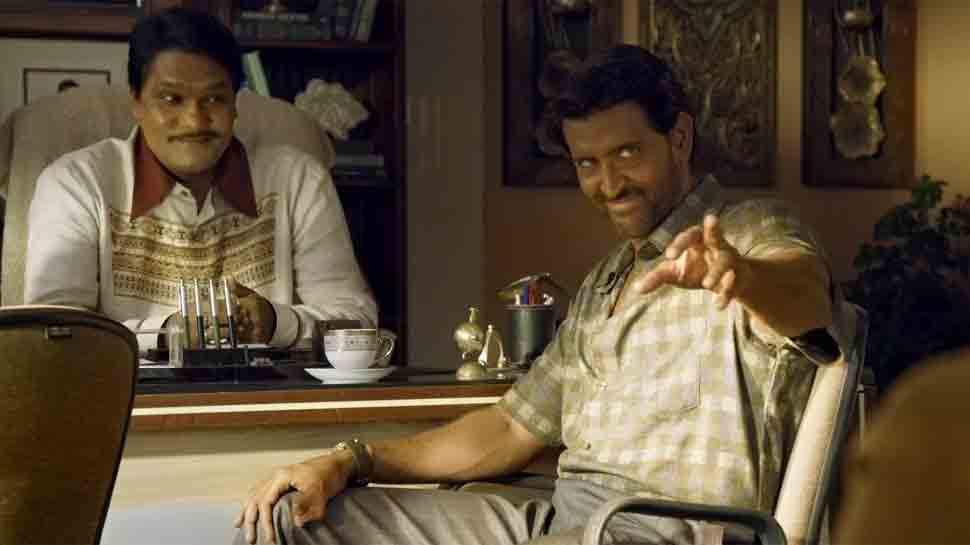 Directed by Vikas Bahl, the film is motivational and an inspiring tale. It leaves a message that education is truly the privilege of those who have access and economic resources. But for many, it remains a distant dream, despite having the potential. However, if the same motivation and support are provided to truly worthy candidates, they can equally shine like others.

Superstar Hrithik, the Greek God of Indian cinema, for the first time is seen trying to venture into something which certainly is not his comfort zone. He plays the role of a cash-crunched, ordinary person with a brown face. Yes, you will see the handsome hunk as dark-skinned aam-aadmi but with hazel green eyes, who is eager and desperate to prove that if economically weak but righteous children are provided with facilities, they too can make it to prestigious institutes of the country and thus, hope for a better future.

Son of a postman, Hrithik aka Anand clinches an admission to Cambridge University due to his brilliance in mathematics. However, his spirit is shaken when he had to let go off the dream opportunity as he finds it hard to arrange for fee and travel expenses. However, his life takes a u-turn when he is discovered by Lallan Singh (Aditya Shrivastava), owner of 'Excellence Institute', which gives admission to students belonging to a rich background.

However, our 'hero' soon realises that he must make use of his skills to help those who need it the most--the neglected underprivileged children. He meets with several obstacles and stumbling blocks before he makes it to the final.

Nandish Singh, who plays Hrithik's younger brother Pranav in the film, shines in several scenes. Aditya Shrivastava, best known for his role as Inspector Abhijeet in India's longest-running television show 'CID', has delivered a solid performance. Well, all claps for the casting team of the film as no one else could have better portrayed the cunning, profit-seeking education 'mafia' Lallan Singh better. There are sequences where Lallan steals the show.

Speaking of the supporting cast, Mrunal Thakur plays Supriya, the love interest of Hrithik's character in the film. And though she has limited screen space, she makes an impact with her screen appearance. Amit Sadh as a journalist is fantastic. Virendra Saxena is superb in the role of an emotional father. One of the most talented actors, Pankaj Tripathi plays a grubby politician. And though his screen presence is limited to barely a few minutes, he will win your heart with his unmatchable, infectious presence.

The casting team has been extremely meticulous in choosing the actors for the biopic. Manav Gohil, Ali Haji, Vijay Verma fit perfectly in their brief stint.

There are many emotional, heartwrenching scenes in the film that will move you — Anand's character taking his almost-dead father to the hospital on a cycle as they get drenched in downpour or him taking to papad-selling to make his ends meet will make your eyes watery.

Dialogues in the film are hard-hitting and will stay with you for some time.

The cinematography by Anay Goswamy is brilliant. However, the songs are passable. 'Jugraafiya' is a romantic track between Anand and Supriya whereas 'Question Mark' is a fun-loving track where Anand is seen encouraging his students to take up challenges as fun.

The 2.35 hour long run time could have easily been reduced. There are scenes which you may find unnecessary and an overdose of drama has been incorporated which could have been easily omitted.

In the end, kudos to director Vikas Bahl for making such a brilliant comeback after his dud 'Shandaar'. Watch the film for the motivational story and real-life events on which 'Super 30' is based.

Alia Bhatt croons a song for 'Sadak 2', will share screen space with Aditya Roy Kapur—Deets inside