There is commercial pressure with 'Kalank': Varun Dhawan

The actor said he feels secure because he has people to fall back upon. 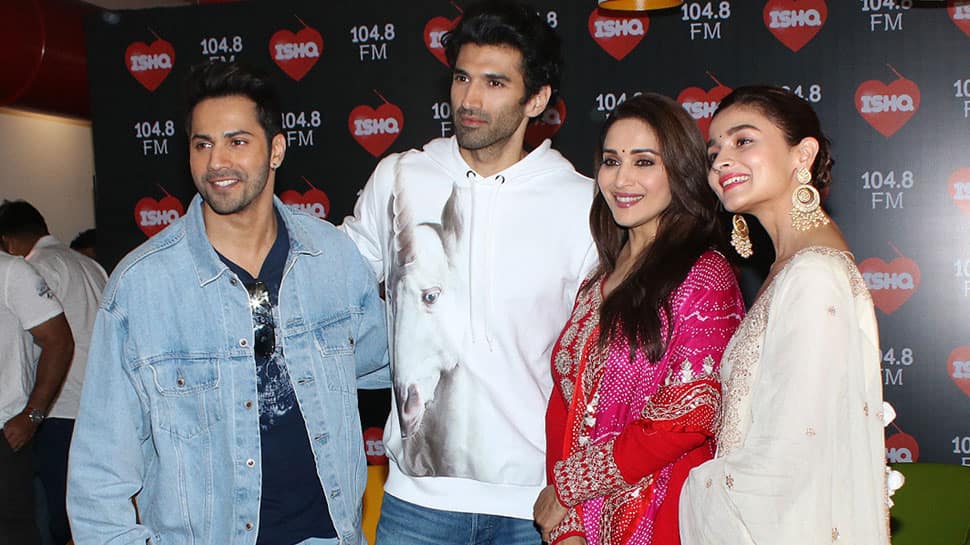 New Delhi: Varun Dhawan has deftly balanced his career between commercial and small scale projects, but the actor says a mega-budget multi-starrer like "Kalank" comes with a lot of pressure.

His last two releases -- "October" and "Sui Dhaaga" -- had small budgets but a lot is on stake with "Kalank", which he says is his most expensive film till date.

"My last two films had really small budgets and the reach was bigger... There was no pressure of them doing well that much in monetary terms. In this film, there is commercial pressure. This is a film for which I had prepared a lot ... So I am more on the edge," Varun told PTI in an interview.

"A lot of eyeballs are there on this film because it is an ensemble and all this attention is making me anxious. Everyone is going to watch and all I wanted to do is be good in it. Fear of failure makes me anxious."

The actor said he believes in preparing a lot before taking on a role but this time Varman guided his performance.

"For me, preparation is very important. But with this, Abhishek didn't let me prepare too much. He doesn't like that. I am playing a blacksmith in the film... So I knew I had to work on my body... But when I came on the set, he asked me to get the look in my eyes which shows I am in 1940s. He is a very fine director," Varun said.

Every film, Varun said, is like a baby and as an actor one feels responsible for its well-being but there is life beyond the box office.

The actor said he feels secure because he has people to fall back upon.

"Me being secure comes from my personal life. They give me security and confidence. I know if someday things do not work the way I want them to, they are going to have my back.

"Initially, in my career, my priorities were my films but as you grow old, things change. But then, sometimes when my film is coming it becomes my priority. I take it as my responsibility to take my film to the finishing line. It is like a child, whom you are teaching to walk. You can't leave it midway. It will fall."