The film has been directed by 'Dhoom 3' helmer Vijay Krishna Acharya. 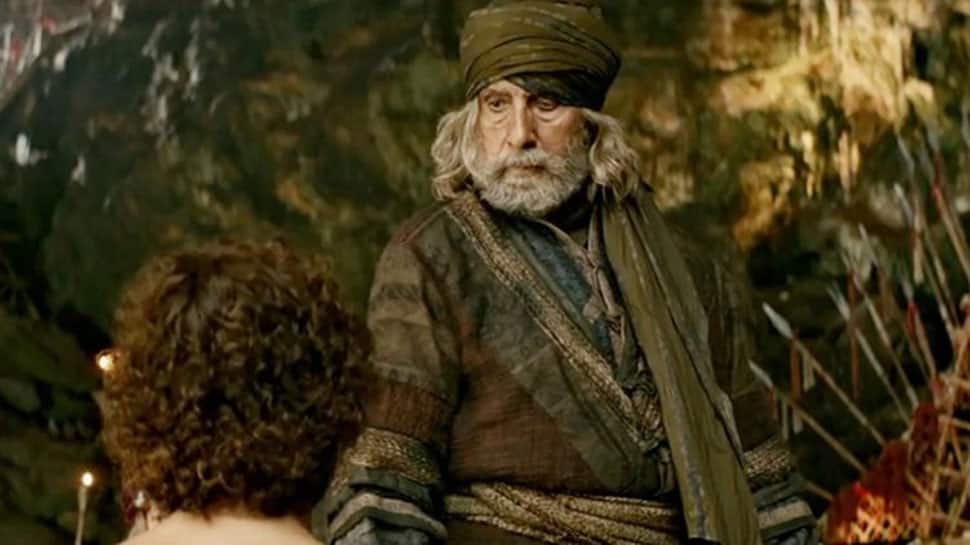 The much talked about Yash Raj Films' (YRF) ambitious project 'Thugs Of Hindostan' has opened in theatres today and that too with a maximum screen space. This means two things—one, that it will be a money spinner at the Box Office and two, that the fans are going to be able to get more shows of this adventure ride.

But now let's come to the movie. This action adventure outing managed to have two biggest stars of Indian cinema—Amitabh Bachchan and Aamir Khan and yet created no magic on-screen.

The story is set in the time when Britishers ruled India and tried to expand their might across the country. It opens with Ronit Roy getting killed at the hands of Videshi officer played brilliantly by Lloyd Owen aka John Clive. His daughter, needless to say here, Fatima Sana Shaikh who plays Zafira watches her entire family getting killed and pledges revenge.

Enter Khudabaksh Azad, played by megastar Amitabh Bachchan, who is a messiah of the needy and a 'thug' too. His constant in the movie is the sharp eagle who keeps a prying eye on almost everything, yes, well giving us a bird's viewpoint too. In Big B's 80s blockbuster, he had Allah Rakha with him (never mind, the digression).

Well, coming back to the plot. It's nothing new. Khudabaksh saves young Zafira, makes her adept with sword-fight, archery battle and flying high (yes, she jumps and flies too many times to give it a miss). Did anyone say 'The Hunger Games'?

Cut to, the angrezi sarkar wanting to get hold of Azad and finish his army of people. Enter Firangi Mallah aka Aamir Khan. He is funny, mysterious, not trustworthy at all—yet he is believable. You will find his character reminiscent of what we have seen in 'PK'. Aamir's comic timing is perfect but sadly we were expecting a little more punch after a 'Dangal'. Also, Johnny Depp's ghost from 'Pirates of The Caribbean' doesn't leave him, no matter how much of a denial from the actor.

How Firangi Mallah joins the team of Khudabaksh and finally the story moves towards its climax is all quite predictable. The supporting cast has done a great job in adding the much-needed zing.

Mohammad Zeeshan Ayyub has once again shown his versatility as a character actor. He needs meatier roles to prove his worth. Ila Arun too looks impressive.

Katrina Kaif has a small part in this massive adventure actioner but will solely be remembered for her jaw-dropping and bone-shattering dance moves. How did she manage to move like she has no bones at all?

However, the biggest disappointment here is the director Vijay Krishna Acharya. He had the huge opportunity of having the legendary Bachchan senior and Mr Perfectionist in his movie yet the moment of magic slipped out of his hands.

There are some great fight scenes where you feel like marvelling at the spirit of megastar Bachchan. With that baritone and towering personality, he outshines the rest quite easily.

Fans will watch 'Thugs Of Hindostan' this weekend, as it's a festival release but when the makers could burst a sparkling bomb this Diwali they delivered a 'phuski pataka'.

'Thugs of Hindostan' journey has been special, memorable: Aamir Khan