Silver too drifted down by Rs 100 to Rs 41,000 per kg due to low offtake from industrial units and coin makers. 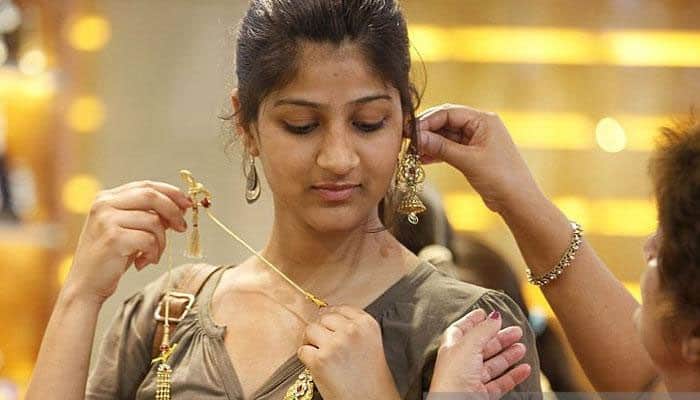 New Delhi: Gold prices fell by Rs 145 to Rs 34,080 per 10 gram at the bullion market Tuesday in sync with a weak global trend amid sluggish demand from local jewellers, according to All India Sarafa Association.

Silver too drifted down by Rs 100 to Rs 41,000 per kg due to low offtake from industrial units and coin makers.

According to traders, gold faltered tracking a weak trend overseas as a stronger dollar reduced appeal of the precious metal as a safe-haven investment.

Sovereign, however, remained unaltered at Rs 26,100 per piece of eight gram.

Focus on retail holders to get more gold back into system: IGPC chief Arvind Sahay