The CISF seized a high volume of foreign currency worth Rs 1.75 crore in two separate incidents at the Indira Gandhi International Airport, (IGI), in Delhi. 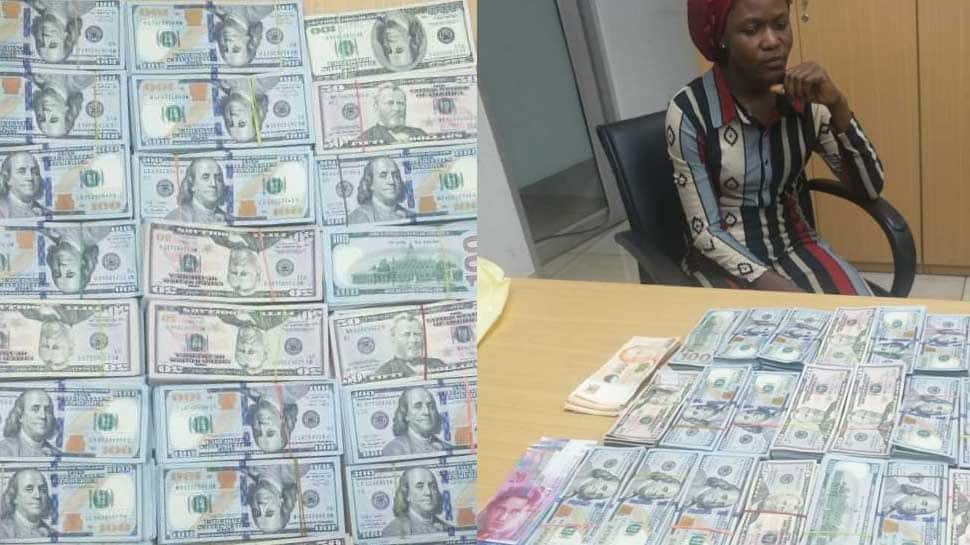 According to a press release, the CISF surveillance and intelligence staff at the IGI Airport zeroed-in on a foreign lady passenger while entering into the Terminal-3 in the wee hours of Wednesday.

The lady in question, who was later identified as Maryam Garba carrying passport no A06911179 was on her way to Dubai by flight no 6E-023 around 0720 hours.

On suspicion, the lady, who is a Nigerian national, was taken to the random checking point for the screening of her baggage.

On screening of her bags through X-BIS machine, some bundles of currency notes were noticed inside her bag.

The said lady was allowed to go for check-in and was kept under close watch through electronic as well as physical surveillance.

After check-in process, the Nigerian lady cleared Pre-Embarkation Security Check (PESC) without making any declaration to Customs that she was carrying high volume of currency notes.

Immediately after clearing PESC, lady was intercepted by CISF and the matter was passed to AIU/Customs Officials.

Her checked-in baggage, which was held by the concerned airline on the request of CISF, was brought to Customs Office for physical check. On physical search of her check-in baggage, USD -2,23,600, Singaporean Dollars -5,500 and Swiss Franc - 6,520 worth approximately INR 1.61 crores were recovered.

The lady, along with the foreign currency seized with her, was handed over to Customs Officials for further legal action in the matter.

In a separate incident on Tuesday, CISF Sub-Inspector Sujeet Kumar detected USD 20,600 worth approximately Rs 14.25 lakh from the hand bag of a foreign lady passenger, who was identified as Samar Ahmed Amer Zanbaa carrying passport no.A20611883 at the IGI Airport.

The lady, a Saudi national, was travelling with her husband to Jeddah by Saudia Airlines flight No.SV-759.

The message was immediately passed on to the Customs Officials.

The Saudi woman passenger was also handed over to the Customs Officials for further legal action in the matter.

Delhi: 100 rescued as fire breaks out in building in Pitampura